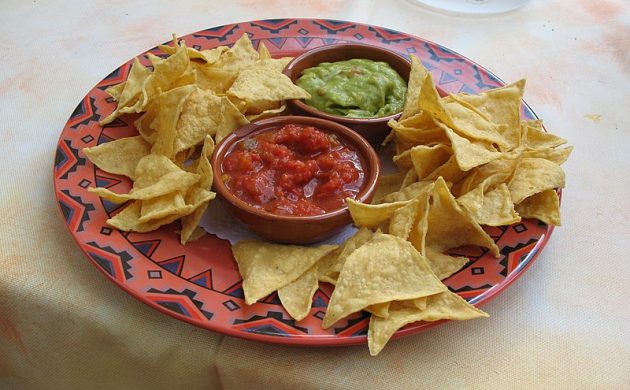 A brand of tortilla chips is being withdrawn from sale due to the risk they have been contaminated by larger atropine and scopolamine doses than normal.

Paulig is recalling all packers of its organic range Santa Maria Tortilla Chips with an expiry date of 30 March 2023 or earlier.

Unwelcome addition
Small doses of atropine and scopolamine, which are both members of the nightshade family, are found in potato crisps/chips.

SAS pilots now voting on whether to accept new deal
The SAS pilots dispute could be cleared up on August 6 once the associations of Norway, Sweden and Denmark have completed their voting over whether they should accept the new deal proposed by their employer. Voting commenced this morning after the deal was agreed late last night. A rejection could result in another strike. Danish pilots association chair Henrik Thyregod expects a large majority of his members to back the deal, according to DR. In total, the pilots striked for 15 days from July 4-19, disrupting the holiday plans of tens of thousands.

Minced chicken product withdrawn
Somebody typed the wrong number when setting the expiry date for packets of minced chicken sold at all the major Coop Danmark supermarkets. Instead of July 30, the packets for minced chicken with a fat content of 3 to 6 percent and 7 to 10 percent have been marked August 30. The product has been on sale at Dagli’Brugsen, Superbrugsen, Fakta, Coop365 and Kvickly.

Danish man charged in relation to Tuscan boat crash
A Danish man has been charged with negligent manslaughter in connection to the boating accident in Tuscany on Saturday that killed a 58-year-old Italian man and very likely killed a woman who has been missing since the crash. He was in charge of a motorised yacht that collided with a sailing boat, breaking it in two, although the captain of the other boat has also been charged. It is believed a further three Danes were aboard were the yacht and that all four have since returned to Denmark.

Six charged with illegal e-cigarette sales
Six stalls at a market in mid Jutland have been reported to the authorities for selling e-cigarettes with colorful flavours, which since April 1 have been illegal in Denmark. An inspector from Sikkerhedsstyrelsen noted the stalls at Vorbasse Marked over the weekend. In total, 33 outlets have been charged with the offence since April 1, according to Sikkerhedsstyrelsen. The offence carries an automatic fine of 10,000 kroner.