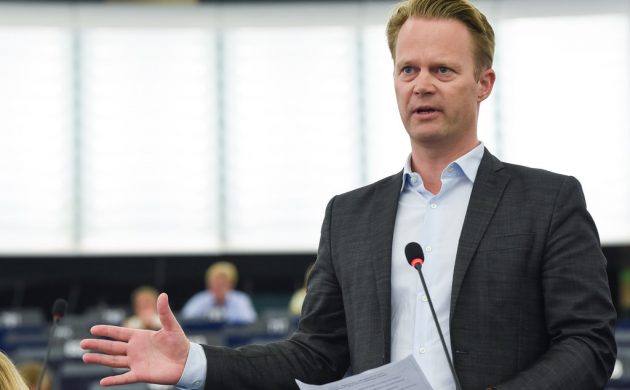 The Danish foreign minister, Jeppe Kofod, yesterday participated in an atomic conference at the UN’s headquarters in New York City to speak on behalf of the Nordic ministers, and he did not pass up the opportunity to make himself heard.

Kofod concedes that in an ideal world there would be no need for atomic weapons, but in reality we need them as a deterrent – particularly as long as Russian President Vladimir Putin is threatening to use them.

“We need to put more concrete and trust-building measures in place, which may involve nuclear powers revealing what specific atomic weapons they hold in their possession,” he told those in attendance.

New Cold War not heating up yet
The timing of the conference could not be more apt given the ongoing War in Ukraine. The threat of a potential nuclear war is now on a par with the 1980s.

However, Putin recently said: “There can be no winners in an atomic war and no such war should ever be started.”

And US President Joe Biden is prepared to make a new agreement with Russia regarding the use of atomic weapons.

The nuclear powers of the world
The conference was held to discuss the Treaty on the Non-Proliferation of Nuclear Weapons (NPT), which was created in 1968 to reduce the use of atomic weapons around the world.

There are currently nine nuclear powers in the world: the USA, China, France, the UK, Russia, India, Israel, Pakistan and North Korea.

Out of these nine, India, Israel and Pakistan are not a part of the treaty, and North Korea left the treaty in 2003.