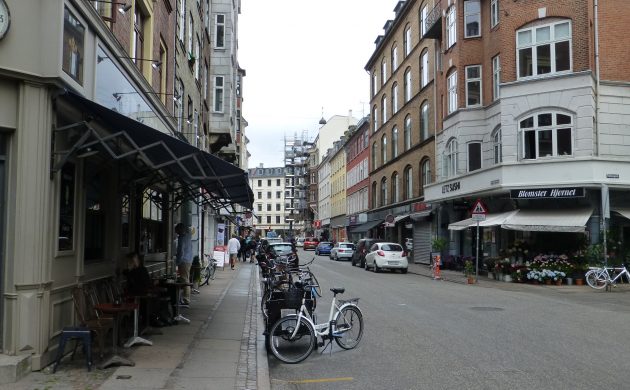 Værnedamsvej can be found just off Vesterbrogade near the big Føtex (photo: Leif Jørgensen)
August 30th, 2022 3:22 pm| by Benedicte Vagner

Værnedamsvej, which can be found in the Copenhagen district of Vesterbro very close to the border with Frederiksberg, has been named one of the coolest streets in the world by the Time Out Index Survey.

It was ranked fifth on a list off 33 streets topped by Rue Wellington in Montreal. In total, the survey interviewed 20,000 local people.

Avoided the spotlight
“Værnedamsvej has been a hub of cool for ages, but in recent years it’s somehow dodged the gentrification and tourism of the ultra-spotlighted Nørrebro – making it even more of a draw,” observed the index.

“With its fresh flowers, cute boutiques, wine bars, cheese shops and even a French lycée, it’s something of a mini-Paris in the Danish capital.”

Three to visit
The index applauded mini-French haven Les Trois Cochons, the natural wine on sale at the bar Falernum, and watching the world go by at breakfast joint Granola.

“You might get chatting to a florist, a cook, a cheesemonger, a wine enthusiast – or even a celeb, such is the draw of Værnedamsvej,” it concluded.