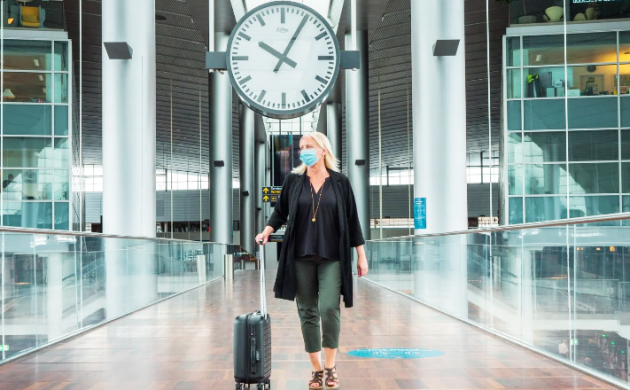 Those were the days: the whole airport to yourself and nobody from work could recognise you (photo: VisitDenmark)
August 28th, 2022 4:46 am| by Amy Thorpe

Some 3.2 million cases and 6,500 deaths after the coronavirus was first detected within its borders, Denmark is finally viewing the pandemic through the rear-view mirror.

Schools and businesses have been fully reopened, masks are no longer mandated and social distancing is not enforced. In short, no COVID-19 restrictions remain.

But how did the country get to this point? The answer partially lies in a deep-seated sense of togetherness underpinning Danish society.

The importance of trust
Denmark is generally regarded as a trusting society, despite certain attitudes towards immigrants. Data accumulated by the European Social Survey from 2002 to 2018 indicates the country has the highest levels of trust in Europe.

This proved beneficial for Denmark as the pandemic unfolded across the world. The population was quick to fall in line with the government’s regulations, which saw Denmark become one of the first European countries to institute a national lockdown, close its borders and enforce social distancing.

An estimated 90 percent of Danes have faith in their nation’s healthcare system according to Hope Project, an initiative that tracks the public’s perception of the government’s COVID-19 management. This meant that when tests and vaccines were introduced, they were met with little resistance.

“I was a little bit worried when the test system was being rolled out. Is this something that people will see as an infringement of their rights?” recalled Michael Bang Petersen, the head of Hope Project, in an interview with the news wing of the International Monetary Fund.

“People instead saw it as something you did for each other. I’m being tested not because the state says that I need to be tested, but I am being tested so that I protect you, so that we can get back to a normal way of life much faster.”

Bumps in the road
Unfortunately, there is a downside to the Danish sense of trust, which the government arguably took for granted during one of the most troubling eras of the pandemic: Minkgate.

However, only later did it come to light that the PM gave the kill order without legal authority. As a result, Parliament created the Mink Commission to investigate what failures in governance led to the mistake, ultimately resulting in a report that found Frederiksen’s actions to have been “grossly misleading and clearly illegal”. A slew of ministers and department heads were also slammed in the document, with several of them now involved in disciplinary cases.

In addition to costing nearly 18.6 billion kroner in expenses, the mink debacle has also cost the Danish government the trust of many of the people it serves.

“As a minimum, the Mink Commission uncovers violent incompetence in the civil service,” Petersen wrote on Twitter. “The research shows that this experience is enough to lower the confidence of the citizens.”

Looking ahead
After a tumultuous two and a half years, is Denmark prepared for future health threats? First, there is room to grow from past mistakes, according to Djøf chair Sara Vergo.

“What can we learn from [Minkgate]?” she asked DR. “We can learn that we need to spend a little more time, even in such pressured situations, to think about [our actions].”

Internal reflections such as this have helped the government to maintain the public’s trust in the past. To account for weaknesses in its initial management of the coronavirus, several adaptations were made in the early days of the pandemic, such as expanding the powers of the minister for health and the elderly.

The ongoing Monkeypox outbreak may soon serve as a stress test for the fortifications the Danish government has put in place against infectious diseases. But no matter the virus, COVID-19 has proven that trust is part of the key to winning the battle.