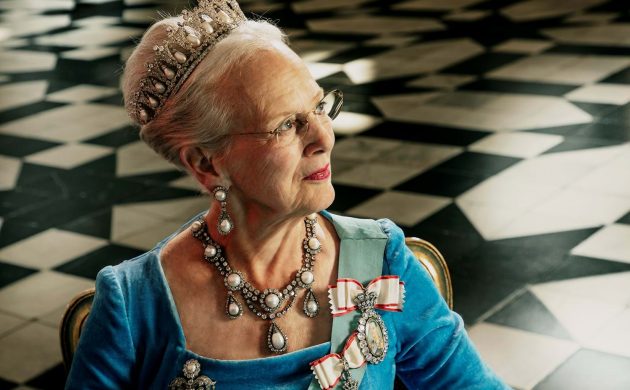 Out of respect to the death of Queen Elizabeth II of Britain yesterday, the Danish Queen’s golden jubilee celebrations this weekend will be far more private, with no occasion for the public to salute her.

Two carriage rides and a balcony appearance tomorrow have been cancelled, meaning the public’s only hope of cheering Her Majesty will be outside the various functions she is expected to attend.

Formats changed
But not all of them will go ahead, as tomorrow’s visit to Copenhagen City Hall has been postponed.

Furthermore, the gala performance at Kongens Nytorv on Saturday, the church service at Copenhagen Cathedral on Sunday morning, and ‘Galataflet’ at Christiansborg Castle later that day will only go ahead in an “adjusted form”.

It’s September, so get out your best sceptre and get ready to wave it in the air at her royal sereneness.

The historians among you might know that way back in 1972, a young woman ascended to the throne of Denmark, and this year Margrethe II is celebrating her royal jubilee: 50 years on the throne.

We know, we know, Elizabeth II of Britain has been on hers for 70 years and counting, and Danish recordbreaker King Christian IV managed 59, but 50 is still some achievement!

Due to COVID-19, many events scheduled to commemorate the 50th anniversary in January 2022 were postponed until September, but now they can finally take place.

A visit to Frederiksberg
Today, September 1, the Queen will visit Frederiksberg for a series of events in person.

In the afternoon, she will attend the unveiling of a new statue at Betty Nansens Plads, followed by a tour of two cultural industry sites at Væksthuset, Urban 13.

In the evening, if you go to Amiliehaven, you will have the opportunity to wave goodbye to the royal ships with beautiful music.

Celebration in Copenhagen
At 12 noon on the September 10, the Queen and members of the Royal Family will appear on the balcony of Christian IX’s palace in Amalienborg for the Handover of the Guard ceremony.

Afterwards the Queen will travel by carriage to Copenhagen City Hall and attend a celebration and official luncheon there at 13:00.

At 20:00 that evening, she will depart from Amalienborg in a carriage for a command performance at Gamle Scene in Kongens Nytorv. The performance will be televised by the DR.

A celebratory church service will be held at 10:00 on September 11 in Copenhagen Cathedral. And that evening the Queen will host a dinner at Christiansborg Palace with members of the Royal Family, foreign guests and official Danish representatives. The dinner will be televised on TV2.

Given that the Queen’s 50th-anniversary celebrations will mostly take place on September 10 and 11, the flags will be flown on both days on all state buildings and state vessels throughout the kingdom.