Finance minister Nicolai Wammen with a preview of what next year might look like for many (photo: Facebook/Nicolai Wammen)
September 1st, 2022 9:51 am| by Christian W

The finance minister, Nicolai Wammen, was at hand to present the government’s new budget for 2023 yesterday.

Wammen stated that it would be a “tight and responsible” budget, just like it was last year due to the pandemic. This year, however, it’s because of inflation.

“This year’s budget proposal can be considered an inflation budget as the overshadowing challenge for the Danish economy is the high inflation,” said Wammen.

“We all feel the rising prices, so we seek a conservative budget. Therefore, there are a limited number of new initiatives in order to ensure we don’t further drive inflation.”

Penny pinching
Underlining the government’s frugal spending policy is the low amount of funds up for negotiation in Parliament next year.

Only 550 million kroner has been set aside for the so-called ‘forhandlingsreserve’ (‘negotiation reserve’) for 2023 – a figure that was 1.2 billion last year and 2.1 billion three years ago.

The key points of the 2023 budget proposal are:

Inflation aid: The government will set aside 2 billion kroner in inflation aid earmarked for those impacted the most by the rising prices of energy, food etc.

COVID-19: a slush fund of over 615 million kroner has been set aside to help tackle ongoing challenges relating to the COVID-19 pandemic. The goal is to protect the elderly and vulnerable and maintain an open society.

Health: About 600 million kroner has been set aside for the health system and about 1 billion kroner annually from 2024-26 for new priorities that will be discussed during the coming budget negotiations.

Flooding: Flooding brought on by climate change has prompted the government to earmark funds to establish a national warning system capable of predicting when and where floods will occur and how potent they will be.

Environment, animal-rights and electric cars: Some 223 million kroner to be set aside from 2023-26 for environmental initiatives such as the surveillance of the state of Denmark’s nature. Another 381 million kroner (from 2023-26) will go to promoting animal welfare and a sustainable fishing sector. Finally, 80 million kroner will go to phasing out state-owned fossil-fuel vehicles.

Education: The government has proposed shelling out 760 million kroner from 2023-26 on improving state-owned FGU institutions. FGU schools are for young people under 25 who don’t have an education and are not employed.

Dividend tax scandal: About 1.3 billion kroner has been set aside from 2023-26 to the civil law measures expected in relation to the dividend tax scandal that cheated the Danish state out of billions of kroner. 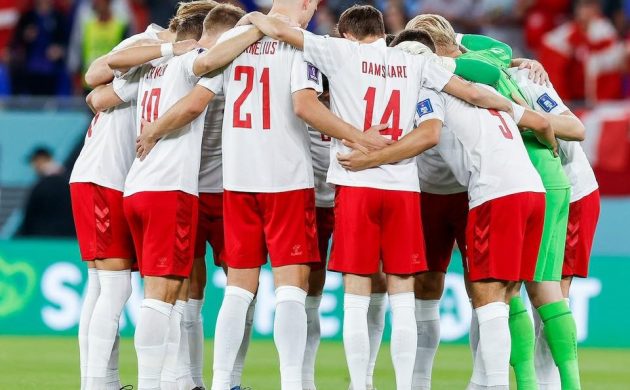