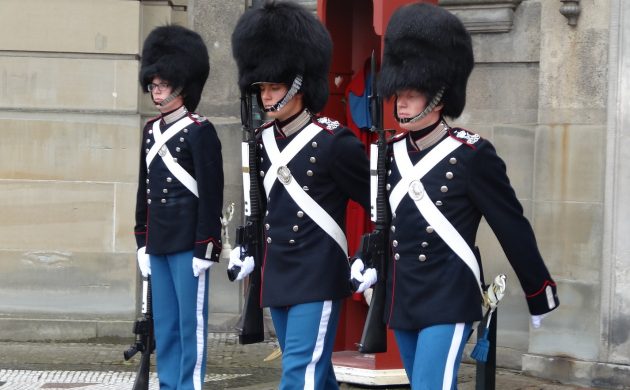 Statisticians like to tell the public they are getting taller. It empowers us. By the year 2250 we will all be seven feet tall, we are often told.

But this isn’t really true. While ethnic Danes are getting taller, and heavier, it’s not the case with the overall population. Immigration and assimilation are stalling growth figures across Europe, and some are already starting to dip.

The average height of a man from Syria is 172 cm, for example, and from Eritrea 170 cm – two countries that have accounted for fairly sizeable proportions of immigrants over the past decade in Denmark.

Taller and heavier
Besides, while the proclamation ‘Danish men and women are getting taller and heavier’, which headlined a TV2 story on Wednesday, is true, it is old news.

Other sources regularly confirm the findings of Statens Institut for Folkesundhed at the University of Southern Denmark, which confirm Danish men and women have added an extra 2.8 and 1.6 cm in the period since it started collecting data in 1987.

More newsworthy, perhaps, is that they have added a considerable amount of weight, which isn’t in keeping with the extra cm. Men are now 9.4 kilos heavier, and women 9.1 kilos: at 86.4 and 71.4 kilos respectively.

Better nutrition
Anne Illemann Christensen, the head of research at Statens Institut for Folkesundhed, attributed the rise in height to better nutrition.

“This applies to the foetus in the mother’s womb, but also through growth. We have been measuring for over 30 years, but if you look back even longer, the height has increased over many years, and nutritional conditions have generally improved,” she told TV2.

“Nutrition must also be seen in the context of us getting enough food. Many years ago there were some who starved, but gradually everyone got full and got enough food, and then the composition of food got better and better.”

Lack of exercise
Christensen blames the increase in weight on cheap and unhealthy food, too little exercise and too much sedentary work.

“Weight has not increased proportionally with the development in height – especially among women,” she laments.

“It is more problematic because it means that more and more people have become overweight. It increases the risk of a number of lifestyle diseases such as cardiovascular disease and type 2 diabetes.”