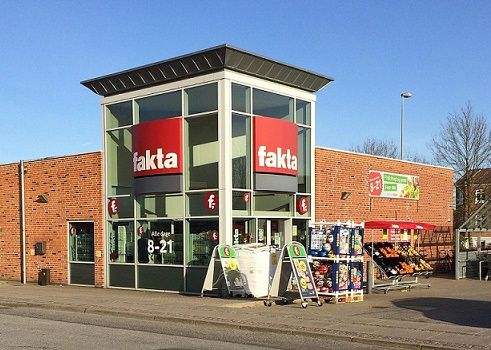 Rising prices and widespread inflation have cause large retailers to lose a large proportion of their profits, and now the first major casualty has been announced, although it might not be a huge surprise to many.

Writing on the wall
Ever since the country’s second largest supermarket chain owner Coop – best known for the Brugsens, Kvickly and Irma – launched budget chain Coop 365discount earlier this year, the writing has been on the wall for Fakta, which less than a decade ago had 450 stores, including three in Germany.

Shoppers will have noticed that Coop 365discount has been quickly taking over Fakta premises, while the ones remaining, heading into their last winter, have started to resemble ghost ships.

Discount-orientated
According to Kræn Østergård Nielsen, the managing director of Coop, Danes are once again checking price tags and “going to discount shops a lot more”.

Nevertheless, the industry would have been hard-pushed to not call Fakta a discount store as well in recent years. Coop 365discount might be a discount store in name, but its prices are more or less the same.

Coop has also announced a number of other changes – most notably the merger of the Kvickly and SuperBrugen chains, which for some time now have been sharing the same weekly discount promotion