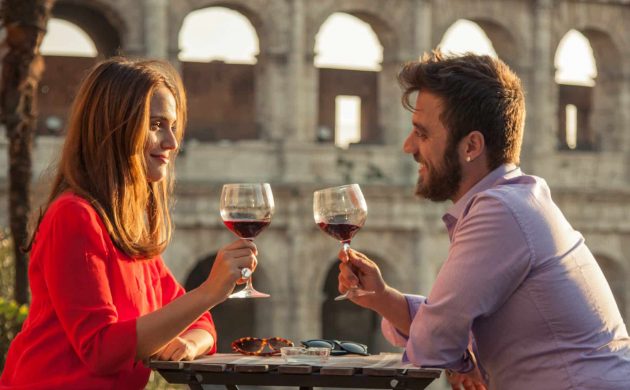 These guys didn’t make the top seven because the best AS Roma can do is winning the Conference League (photo: Big Seven Travel)
September 22nd, 2022 9:33 am| by Dave Smith

Copenhagen is the 26th best city in Europe for singles on a list compiled by Big Seven Travel that appears to be dominated by metropolises with good football teams!

Danish women just as likely to ask men out
“Copenhagen is one of the top cities for dating app downloads, with Tinder being the most popular. So, you can easily find someone to add your own addition to the ‘love lock’ bridge with,” purred Big Seven Travel like Catwoman.

“Locals report a direct approach to dating in Copenhagen – women are just as likely to be the first to approach someone and Danes are typically upfront about their feelings. This egalitarian society might have something to do with Copenhagen being the fifth happiest city in the world.”

Women outnumber men in Copenhagen. Right now, there are close to 327,000 women and around 318,000 men living in the Danish capital.

App downloads still popular
Apps such as Badoo, Lavoo and Tinder are certainly popular in Copenhagen, which ranks highly for dating app downloads, even though increasing numbers are getting tired of swiping – a wearniness now known as dating app fatigue.

Apps are adapting and seeking to offer authenticity-filled encounters for singles and speed dating.

The top seven in the survey were Barcelona, London, Berlin, Madrid, Prague, Paris and Manchester, so with the exception of Manchester, all cities with excellent football teams (a little joke to see if you were reading to the end …).