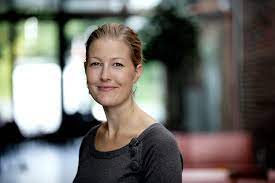 The votes are all in following yesterday’s general election, and the Red Bloc led by PM Mette Frederiksen would appear to have the required 90 mandates to command a majority. Or do they?

Last night, Pernille Vermund, the leader of Nye Borgerlige, invited Sofie Carsten Nielsen, her counterpart at Radikale, to join the Blue Bloc, and although she did not say ‘yes’, she did not say ‘no’ either.

Has this thrown a spanner into the works? After all, it was Radikale’s ultimatum to the government that led to this general election. And now it would appear the party could be the ultimate kingmaker.

That would just leave the 16 mandates acquired by Lars Løkke Rasmussen’s party Moderaterne up for grabs.

“I’m not very red. But I’m not very blue either. I am very committed to treating people fairly, regardless of where they come from and not judging them based on their background or ethnicity, but their actions,” commented Nielsen last night.

Negotiations begin today
Some pundits think the Blue Bloc has a chance of wrestling Radikale away, although they would still need Moderaterne.

According to DR political analyst Rikke Gjøl Mansø, Radikale is “back in a key role with some very, very decisive mandates”.

Negotiations to form a new majority and then a government begin today. The government party Socialdemokratiet, with the most mandates (50), has first dibs, but cannot take its Red Bloc slender majority for granted, it seems.

Radikale stabbed it in the face to force a general election, and pundits concur it could do it again by joining the Blue Bloc.