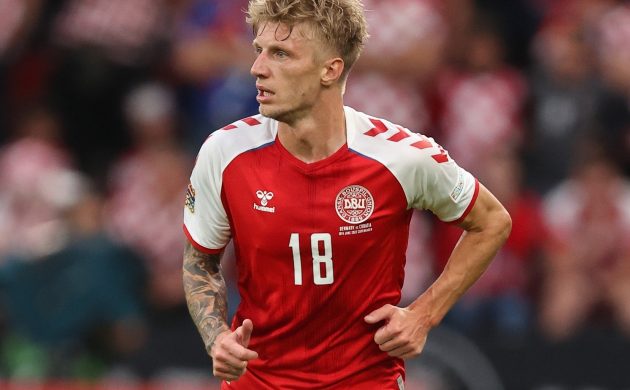 Defender Daniel Wass will be one of the seven Superliga players to go to Qatar (photo: Brøndby IF)
November 17th, 2022 3:06 pm| by Loïc Padovani

Among the 829 footballers set to play in the 2022 World Cup in Qatar, there will be seven players from the Danish top flight, according to SportingPedia.

The Superliga will accordingly provide 0.84 percent of the entire group of players, making it the 23rd best represented league in the world.

It’s going to be the 13th most represented European top league, alongside Croatia – an improvement of four places on its UEFA coefficient score, which rates the success of countries according to the performance of their clubs in European tournaments.

But the Swedish and the Norwegian top flights are nowhere to be seen, as no players from the countries will be competing at the event.

Four of them will face Denmark!
Granted, neither Sweden nor Norway qualified for the World Cup, but out of the seven who play in the Superliga, only two are Danes: FC Copenhagen forward Andreas Cornelius and Brøndby defender Daniel Wass.

FC Copenhagen’s Polish goalkeeper Kamil Grabara will also feature in Qatar, and he will be joined by a player in the Nordic Bet Liga, the Danish second tier, as Iranian defensive midfielder Saeid Ezatolahi currently plays for Vejle.

The 10 leagues with the most number of players for the 2022 World Cup are: