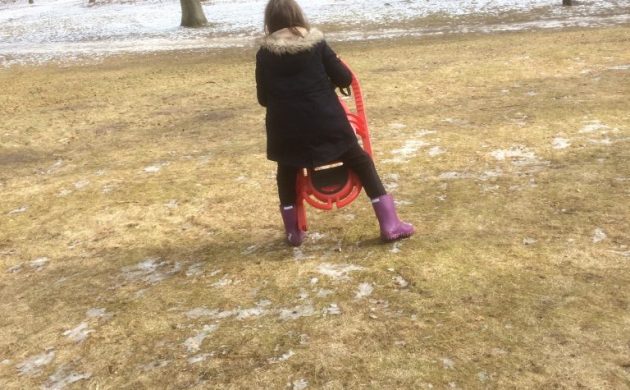 Denmark always gets its dramatic weather stories from TV2. The broadcaster is Denmark’s answer to the Daily Express and Fox News (“Tornado to hit Washington DC” on 5 January 2021 was one of its more accurate forecasts).

On wind-related matters, TV2 tends to be pretty wide of the mark, but when it comes to snow, it’s usually on the money.

Even if national broadcaster DMI is forecasting just 3-4 degrees and a bit of sleet, it’s uncanny how many times the white stuff materialises at exactly the time it suggests.

So credit where credit’s due, TV2, it’s over to you!

Sleet on Saturday, snow for Sunday
Rain might start turning into sleet as early as Friday evening, TV2 reports – particularly on Bornholm and in Lolland and Falster – and then across the rest of the country on Saturday afternoon.

Bornholm, given that the cold air is arriving from Russia, will most likely be the first to experience snow on Saturday night, followed by other parts of the county: Zealand and northern Jutland, particularly on the hills.

However, the snow will not settle much, even if 0.5 to 3 cm falls, with potentially up to 10 cm along the east coast of Jutland on Sunday night.

The ground is still extremely warm after the balmy first two weeks of November: an average of 8.5 degrees at a depth of 10 cm.

Nine days later than normal
In an average year between 1991 and 2020, the first snow of the year (defined as 5 mm or more) has fallen on November 10.

Should snow fall on Saturday November 19, it will be earlier than in 2020 and 2021, when the first snow arrived on November 28 and 26 respectively.

The last time the first snow fell in October was in 2018.

In 2014, the country had to wait until December 11 until its first snow.