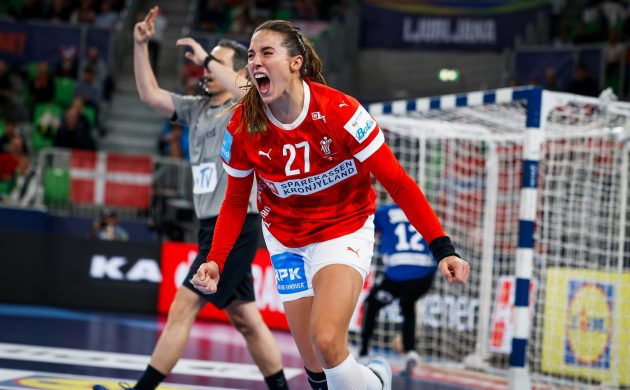 The Danish women’s handball side were minutes away from the promised land last night: heights not reached since the final of the 2004 Olympics.

At half-time they led 15-12 and then 22-18 with 15 minutes to go. A nation watching at home started to believe … but then the unthinkable happened.

Seven barren minutes in front of goal later and they were staring defeat down both barrels. Norway eventually won 27-25 to claim the European Women’s Handball Championship trophy.

Disappointment and history repeating itself
Right back Louise Burgaard was particularly disappointed after scoring five goals in the first half.

But let’s hope it’s not Norway again, as the last time Denmark made the Euros final, as Olympic champs in 2004, it was Norway who beat them! And by the same score-line: 27-25!

Two Danes on official All Star team
Small consolation arrived with the news that two Danish players were named in the official European Championship All Star Team.

Norway and losing semi-finalist France also got two of the nine players.