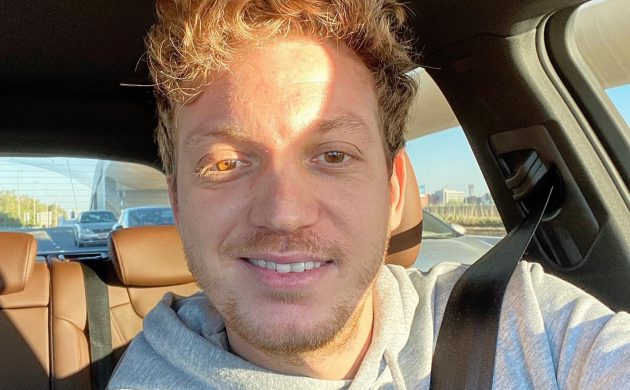 Mohamed Slimane, a Danish-Tunisian IT specialist from Copenhagen, used to train with Wimbledon finalist Ons Jabeur, and he is hoping some of her magic rubs off on the Carthage Eagles at the 2022 World Cup.

But not at the expense of Denmark, his homeland and the county of his mother Kirsten – a draw would be the most acceptable result.

Parental rivalry match
His parents, though, will be rooting for their respective countries! Kirsten met Samir in Tunisia in the 1980s before they made Denmark their home, where they have been happily married for 38 years.

Mohamed, a keen footballer himself – who supports L’Étoile in Tunisia, FC Copenhagen in Denmark and  Manchester United in general – won’t be joining them in southern Denmark to watch the game, but he has a pretty good idea about what will happen!

Tunisia beat Denmark at the 2005 World Handball Championship. Is that a day you remember?
Funnily enough, I attended that game with my mother and a group of Danish tourists as we were living in Tunisia and working together for a Danish travel agency at the time. Tensions were high and it was an unbelievable game with a crazy atmosphere. Tunisian fans can be extremely passionate and invested and it was a deserved win back then from a strong Tunisian team that reached the final four.

Do you intend to watch the game with your family?
This time I will be watching it at work unfortunately.

Would you say that one of your parents will be louder than the other in their support?
Probably my mother.

Who will be most upset by a loss?
I’m sure that whoever loses will support the team that wins and hopes they qualify for  the next round.

Which cuisine do you think they will eat on game day?
Tunisian, or at least if we watched the game together. Tunisian cuisine is after all a little better than the Danish cuisine haha

Who is your favourite player in the Tunisian team?
Probably a bit biased but that would be Anis Ben Slimane, given the amazing last name he has. Otherwise it would be Hannibal Mejbri: incredible work rate and he gives it his all in every single game.

What do you think the result against Denmark will be?
Tough one – but realistically I think Denmark will clinch the victory. May the best team win and let’s hope for an awesome game!

Qualified: Tunisia beat Mali in the playoff in the African zone qualifications

Star man: Wahbi Khazri – With three goals during the qualifications, the 31-year-old striker has ample experience to help his team

Unsung hero: Ellyes Skhiri – the FC Köln defensive midfielder is one of the key elements for Jalel Kadri in his squad. He contributed a lot during Tunisia’s qualification for the 2022 World Cup.

Surprise package: Montassar Talbi – the defender has been a strong element for his team during the qualifiers. He has played well for French club FC Lorient this season.

Verdict: Tunisia could be a dark horse in this group, but will need to upset Denmark or France to qualify into the next round. A great defense means that they don’t concede many goals, but the challenge will be scoring goals.