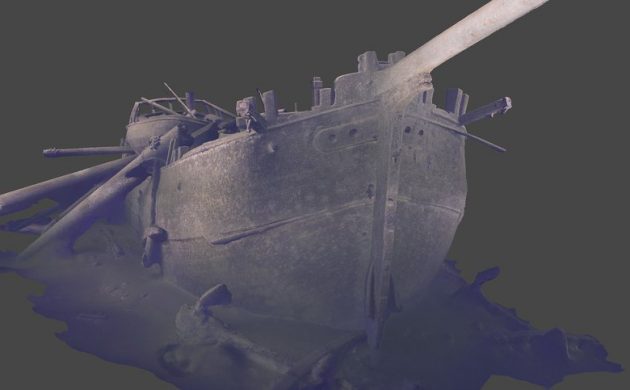 There will probably never be a point in human existence when we stop finding shipwrecks – but three in one day! That’s up there with the discovery of the wreck of Titanic in 1985, surely!

The Baltic Sea, the home of many maritime graveyards over the years, has yielded three well-preserved ‘ghost ships’.

They are situated 150 metres below sea level and believed to be 300 years old, according to Sea War Museum Jutland, which has used robots to examine the vessels.

“I have dived all my life and examined hundreds of wrecks, but I have never seen anything like this. It was fantastic to see the wrecks appear on the screen when we sent an underwater robot with a camera down to the seabed.”

The excellent condition of the ships is attributed to the acidic conditions on the seabed where oxygen is in short supply. The kinds of worms that feast on wood simply can’t survive down there.

Two Dutch, one Scandinavian
Some 27 people took part in the expedition, including personnel from Danish JD-Contractor, which provided the underwater robots and other advanced technology.

Two of the wrecks are believed to be Dutch cargo vessels, while the third, and largest, appears to be Scandinavian.

Reports that an octogenarian woman threw some kind of diamond necklace into the water are unsubstantiated, though.