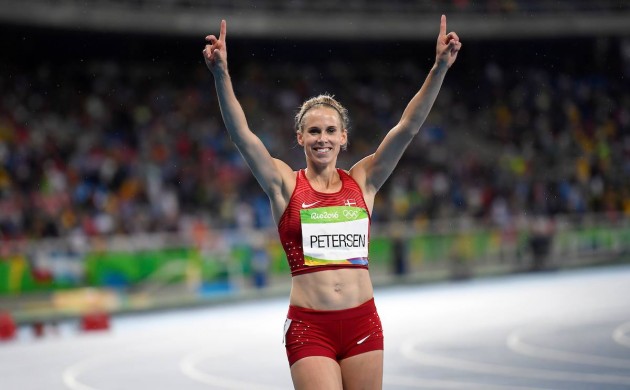 To borrow a Barack Obama expression for a moment, Denmark has always punched ‘above its weight’ in football.

It’s telling that in western Europe the five nations with populations exceeding 50 million have all won the World Cup, and every nation with a population below hasn’t.

It puts into context the achievement of a country of 5.5 million people winning that continent’s biggest football tournament in 1992.

Sailing, yes, cycling, yes, athletics, err … not yet
But maybe, it’s too early to start saying the same thing about sport in general, even though four medals on Thursday has pushed it up into fifth place on the 2016 Olympic per capita medal table.

Denmark has always been good at sailing (28 medals in total, 6th on the all-time list), cycling (23, 9th) and rowing (22, 14th), but in athletics it has always struggled so it might be a little too early to start getting carried away by the performance of Sara Slott Petersen, who last night took silver in the 400m hurdles.

A prescient prediction
Then again, the Dansk Atletik Forbund (DAF), the country’s athletics federation, did tell CPH POST back in 2011 that an improvement was in store.

Jakob Larsen, its director general, presciently said the federation’s target was medals in Rio. At the time he put Denmark’s lack of success in athletics down to the nation liking to play.

“There’s nothing playful about running 10 miles or being a boxer. I guess Danes like to play.”

Schools partly to blame
And Danish schools don’t pull their weight either, revealed Larsen. After all, the sight of a summer sports day is a rare one in this country. Back in 2011, only 6,000 children in Denmark participated in athletics, compared to 80,000 in Sweden and 40,000 in Norway.

“In fact schools are supposed to teach athletics,” he said.

“But the teachers often lack the skills, which makes them avoid it. It’s not that easy to do high jump with 25 children if you have no clue about the sport. Whereas a ball can be used in a multitude of ways.”

And football’s riches too
Denmark’s lack of success at athletics over the years (see factbox) – discounting Wilson Kipketer who only became a Danish citizen in his early 20s – has been more than made up for success in other sports.

And they have a detrimental effect on the athletics participation rate, moaned Larsen.

“There’s no real reason to pursue a career in international athletics – at least not a financial reason. It’s simply not worth the investment when the chance for success is so much bigger in other walks of life,” he said.

“The ones who choose it do so because they like having sole responsibility for both success and failure. There are no excuses and no-one to share the glory – it’s up to you and you alone.”

Everything you need to know about Danish athletics

– Sara Slott Petersen, the reigning European champion, is the first ever Danish woman to ever win an Olympic medal in track athletics

– Discounting the Kenyan-born 800-metre runner Wilson Kipketer, she is the first Dane to medal on the track since Ernst Schultz’s bronze in the 400 metres in Paris in 1900

– Denmark has never won an Olympic gold in athletics.

– The 2004 Olympics produced two medals: Wilson Kipketer’s silver in the 800m and Joachim B Olsen’s bronze in the shot put.

– At the World Athletics Championship, which started in 1983, beyond Wilson Kipketer’s three golds, it has won just one bronze: Renata Nielsen in the long jump in 1993.

– In the history of the European Athletics Championship, which started in 1934, Denmark has only ever won four golds.

– Not including Wilson Kipketer’s gold in 2002 and Sara Slott Petersen’s last month, Denmark’s last gold at the European Championship was in 1974, and in the following 40 years it won just three medals: two in the shot put and a silver in the 800 metres through Andreas Bube in 2012.