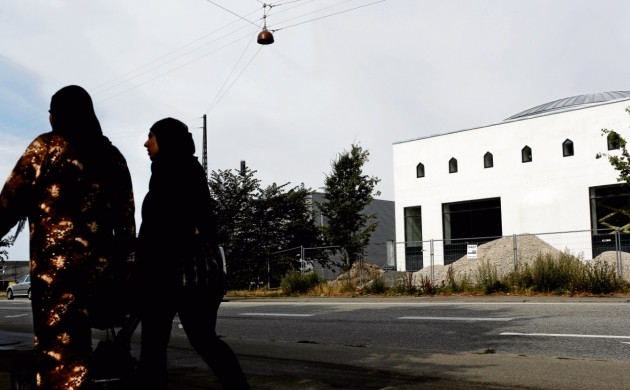 Hamas-controlled TV station Al-Aqsa TV will broadcast from Copenhagen’s new mosque, according to the media spokesperson of the Muslim organisation Dansk Islamisk Råd.

Hamas is recognised as a terror organisation by the EU and because Al-Aqsa is owned and operated by the group, their broadcast from Denmark may break anti-terror legislation.

This legislation was recently used to revoke the broadcast licence from Kurdish TV station ROJ TV because of its connection to the separatist organisation the PKK, which is also on the EU’s list of terror organisations.

Broadcast from mosque’s media centre
Mohamed al Maimouni, the media spokesperson for Dansk Islamisk Råd – the 25,000-member organisation that was responsible for constructing the mosque – confirmed that Al-Aqsa would broadcast from a media centre in the mosque.

“We have already worked with Al-Aqsa when they have asked us to provide them with news footage from Denmark,” al Maimouni told The Copenhagen Post. “Last year, we agreed to shoot a small segment about the daily life of a Palestinian family in Denmark.”

He added that their relationship with Al-Aqsa was “strictly professional”.

“We have decided to keep working for Al-Aqsa as long as what they report is in line with our viewpoint,” al Maimouni said.  “If they try to move their content into a political direction that we do not agree with, we will decline.”

In 2008, Al-Aqsa aired an episode of the children’s programme ‘The Pioneers of Tomorrow’, in which the show’s large pink rabbit Assud promoted the killing of Danish cartoonist Kurt Westergaard and said he would “bite and eat” Danes if they insulted the prophet Mohammed again.

Paid for by Qatar
The 6800sqm mosque on Rovsinggsgade in the Nordvest district is Denmark’s largest and was built using a 150 million kroner donation by the former ruling emir of Qatar, Hamad bin Khalifa al-Thani.

As ruler, Al-Thani reportedly maintained business connections with Israel but has also supported Hamas, most recently in 2012, when he offered $400 million of aid to Hamas-controlled Gaza.

Concern from the City Council
The news that Al-Aqsa would be broadcasting from the mosque confirmed the fears of Lars Aslan Rasmussen (Socialdemokraterne), a member of the City Council and spokesperson for the city’s social affairs committee.

“A few weeks ago, Dansk Islamisk Råd said that there would be no connection [to Qatar] and we can now see that is a lie,” Rasmussen said. “The mosque is a gift from Qatar but it’s not free. I have always said that they will expect something in return, and this shows that they are making some claims for their money. This will not be a moderate mosque and it will present integration problems.”

Aslan, who himself has a Turkish background, welcomed mosques being built in Copenhagen, but not the baggage from Qatar and Hamas.

“There’s nothing wrong with mosques, it’s just a problem that it already has a negative reputation.”

No comment
At the time of publication, a request for comment was not answered by the Justice Ministry.

The Culture Ministry’s radio and TV board, Radio og TV Nævnet, which is responsible for approving TV broadcast licences, had not answered whether Al-Aqsa TV had applied for a broadcast licence.