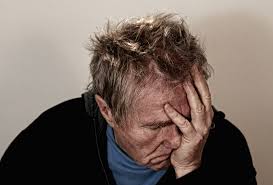 A new survey by the Men’s Health Society has revealed that being single can have considerable adverse effects on the health of men.

According to the survey, 61 percent of men say their families are the fellowship to which they belong, and most men only have their partners to confide in. As a result, being single is equal to having a bad lifestyle with nobody to confide in.

“Women have many people to speak with regarding emotional issues, while many men only have their partner,” Svend Aage Madsen, a psychologist who is the head of the Men’s Health Society, told TV2 News.

“So if they don’t have a partner or their wives divorce them, men really are in the pits. We know that single men live a much worse lifestyle. They smoke more, drink more and exercise less. On average, being single costs a man seven years off his life span.”

Madsen contends that men are more dependent on their partners to give them a push and get their lives in order, although that could be changing now.

Times are a changin’
Martin Østergaard, a relationship therapist, argues that the culture of younger men has changed because they are being raised in a more unisex environment.

“They are usually more open emotionally and talk more about how they are feeling. That generates some other forms of relationships that were previously reserved for women.”