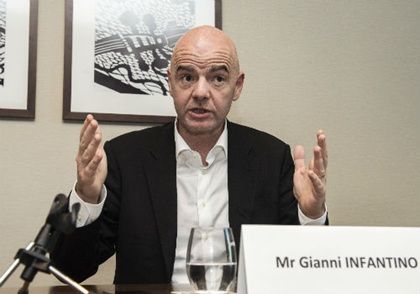 The decision by the international football governing body FIFA to expand the World Cup to 48 teams has not been well met by the Danish football association DBU.

DBU chairman Jesper Møller and head coach Åge Hareide both voiced their concern at the expansion plans, which will involve 16 groups of three teams each at the 2026 World Cup. Furthermore, Møller said he found it worrying that a decision of this magnitude was being made so quickly.

“A tournament with 40 or 48 teams puts further pressure on host nations and infrastructure, so the question is whether the expansion excludes too many countries from hosting,” said Møller.

“No-one wants to build huge stadiums that are left unused after the tournaments.”

Hareide pointed to the recent expansion of the European Championship as an example of why increasing the number of team to include more smaller nations could be a poor idea.

“Sure, some of the smaller nations were successful with their defensive approach, but I believe they should instead look at how to create a tournament structure that better rewards victories, rather than expand.”

“More teams risk leading to more inconsequential games, and that’s not something becoming of a World Cup tournament.”

Why it’s a stinker
The 35 members of FIFA Council, which included nine Europeans, unanimously decided earlier this week to expand the World Cup to 48 teams for the 2026 edition. The top two teams from each group will progress to a 32-team knockout stage.

Detractors contend that such a platform will lead to more uninteresting games, while teams will be able play more strategically – the format could easily lead to games in which teams could collude to draw to both qualify (as was the case with Austria versus West Germany in the 1982 World Cup), or purposely lose in order to avoid certain teams.

Furthermore, many are worried that the expansion will favour teams outside Europe, and that qualification will become much easier in some confederations compared to others – primarily Europe.

And while the sixth best team in South America is ranked a creditable 19th, the new format would mean that six out of the ten teams from that confederation would qualify. Conversely, out of Europe’s 55 teams, just 34 percent would qualify.

Additionally, the ninth best team in Asia would face the seventh best CONCACAF team in a playoff leading to a scintillating matchup such as, based on the current FIFA rankings, Qatar versus Curacao. Exciting.

By the same rationale, teams like Denmark, Serbia, Sweden, Romania, the Czech Republic, Greece, Russia and Ukraine would miss out.