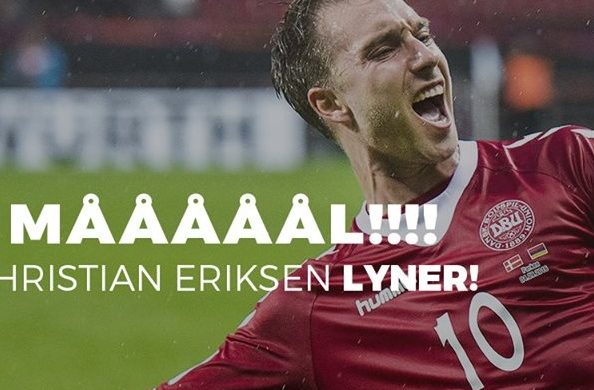 In a must-win match for the nation’s 2018 World Cup hopes, Denmark overcame a sturdy Kazakhstan side for a 3-1 win in Group E in Almaty this evening.

After a shaky start, the Danes went ahead through Nicolai Jørgensen after 27 minutes before a red card to Kazakh captain Bauyrzhan Islamkhan for a malicious-looking elbow to William Kvist made it an uphill struggle for the hosts.

Christian Eriksen doubled the lead just after the break from the penalty spot, before a battling Kazakh side pulled one back with 15 minutes remaining. Starlet substitute Kasper Dolberg then tucked away five minutes later to open his goal account for Denmark.

The result leaves the Danes in third on ten points, six behind Poland and level with Montenegro who have a superior goal difference.

Poland showdown
With just four games remaining, the Danes probably need to win at least three to have any hopes of qualifying.

Poland will provide the biggest test when they come to Copenhagen on September 1, while the trip to Armenia three days later won’t be a walk in the park either.

Elsewhere, the Danish under-21 side beat Sweden 2-0 in Helsingborg in their final warm-up for the Euros in Poland. Both of the goals came in the second half courtesy of Rasmus Nissen and Mikkel Duelund.