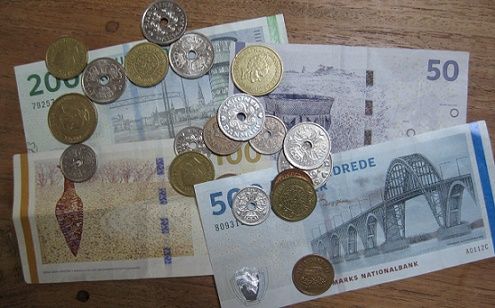 The tax burden and complicated way of levying has dragged Denmark down the ratings (photo: flickr/Sara E)
September 27th, 2017 11:10 am| by Stephen Gadd

Switzerland remains in pole position, but Sweden, Finland and Norway are all doing better than Denmark when it comes to measuring economic competitiveness, new figures from the World Economic Forum reveal.

The rankings are based on a wide range of economic indicators and 137 countries have been examined. One thing that dragged Denmark’s ranking down to 12th in the world is taxes: specifically ‘Tax rates’ and ‘Tax regulations’.

On the plus side, Denmark scored sixth for ‘Higher education and training’ (behind Singapore) and also performed well in the categories ‘Crime and theft’, ‘Inflation’, ‘Poor public health’ and ‘Corruption’.

Tax hike for Danes working in Sweden
Next year’s Swedish budget will trigger a tax increase for people working in Sweden but not living there. The tax has been raised from 20 to 25 percent – unless you are a sportsman, artist or sailor, News Øresund reports. Approximately 1,000 Danes living in Zealand and crossing the Sound to work in Sweden will be hit by the hike, which takes effect from January 1 next year.

New mega shopping centre planned for north Zealand
If everything goes according to plan, shopaholics might soon have a new playground: a giant shopping centre between Kokkedal and Hørsholm where Cirkelhuset and the Nordsjællands Grundskole and Gymnasium are situated at present, TV2 Nyheder reports. Investors have been given the green light by local politicians to draw up plans for a giant cinema, hotel and pedestrian shopping street surrounded by around 45,000 sqm of shops. The centre will also have the effect of strengthening the international school because, according to the headmaster, the school can act as a magnet to attract the highly-qualified labour that local firms need.

New bridge and square to be inaugurated
In Sydhavn this coming Sunday, the ground will be ceremonially broken for a new bridge named after Alfred Nobel between the far end of Teglholmen and Enghave Brygge. Afterwards, the official opening of Anker Jørgensen’s Plads on Borgbjergsvej will take place. The bridge should establish a quick and easy link to the city centre for pedestrians and cyclists in 2018. Motorists, however, will have to wait a bit longer – to 2023 in fact – because there needs to be space for the Metro’s construction site to work on the Enghave Brygge line.