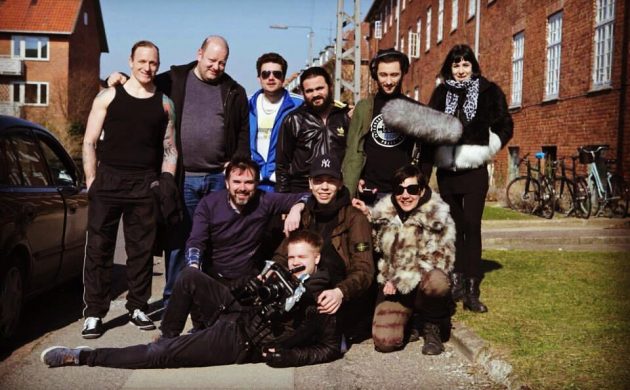 Amongst the foreign filmmaker community in the City of Spires, inspiration and aspiration are abundant in every rising star’s story.

A tough enough industry
The world of cinema is certainly not an easy one to penetrate. Ask anyone, from writer to actor to reviewer, and they’ll tell you how much work is needed not only to get into the business, but to stay in it.

This is perhaps most true for directors: those whose shoulders carry any issue, minor to major, if anything involved in the process goes south; those who are most responsible for not only a story’s vision, but the perfect execution of it as well.

Working without subtitles
Now imagine such an immense responsibility in a place where you know virtually no-one – where the language is populated with soft Ds and befuddling Øs, and where clout and networking among a citizenry of 5.7 million is everything.

The three individuals here are evidence that such challenges can be overcome, and that one cannot only survive as a foreign director in Denmark, but thrive here. 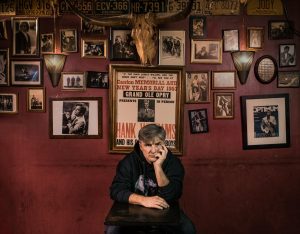 When did you move to Denmark and what brought you here?
Travelled back and forth from USA to Europe in the mid-80s, met a Danish exchange student at my art college in Columbia. Moved here late ‘80s and met another Danish girl here in Copenhagen and got married.

What in particular has kept you here for a career?
I’ve been totally privileged to be able to explore in several fields that all have roots in my art education. Advertising, directing commercials, directing animation, directing live action, drawing comic books and painting.

What do you think you’d be doing back home if you never left for Denmark?
Probably working as a carpenter to earn a living, and painting and sculpture on the side.

What advice would you have for English speakers interested in making films in non-English speaking countries?
Learn the language. There are so many nuances in each language, it’s a shame to miss out.

How has the Copenhagen film community helped in moving your career forward? Have there been any hindrances?
I have been fortunate that the animation community has accepted me and the Danish Film Institute has supported my films ‘Journey to Saturn’ and ‘Jensen and Jensen’.

After success in animation, why the foray into live action?
My actor Kristian Halken challenged me. So I thought if I do it, it’s got to be simple and something I wrote.

What were the challenges of filming ‘Doctor Harvig’?
Producing it all on such a low budget. I was quite lucky I found a great team, both young film students and four Danish actors who liked the project and wanted to give it their all. I also had a great music composer from the rock band Kashmir and a good sound technician.

What American perspectives have been most useful in directing a Danish film with a largely Danish team?
The DK team liked my quick decisions and quick turnaround. If there were problems, they were solved on the spot and damn the consequences.

What cultural differences have frustrated you the most?
I wish I could write in Danish. I wrote the whole manuscript in English and had it translated. My life would be easier if I could write it myself. But I did get some great help.

What do you appreciate most in a Danish working environment?
That everyone pitches in, and there’s no snobbishness on the set. The Danes have a good community spirit that they’re all in this together.

Do you have a next project in mind, and if so can you give us a hint regarding what it’s about?
I’m at the moment making my third graphic novel. It’s about my redneck family in the US and my unusual neighbourhood. Also another idea for a live action film. At the moment I have three ideas, but haven’t decided which to tackle.

What word or phrase in Danish have you struggled with pronouncing the most?
Sø, Syge, Syv, Søge, Sy. Try to get a Dane to pronounce those to another, and see if the other can understand it.

When did you move to Denmark and what brought you here?
My family and I are political refugees from Chile. I came to Denmark in 1974 after Pinochet’s coup in ‘73. I was seven years old.

What in particular has kept you here for a career?
Well, I grew up here, and like most of the children of Chilean refugees my brother and I felt good in Denmark and got friends, girlfriends, Danish wives and children. So it was a natural choice I guess.

What do you think you’d be doing back home if you never left for Denmark?
You know I often think about that and have talked about it with my brother, who is also a film director. I don’t think either of us would be filmmakers. We would probably have an ordinary job, married young with a lot of children. But fortunately we grew up here in Denmark and here you don’t have to come from upper-class families to get a good education.

Can a film in the Danish language achieve something different than one in English?
Yeah definitely, if the story is set in Denmark it will give it a much more realistic and natural feel.

What advice would you have for aspiring directors interested in making films in Denmark?
I think if you have a good original and personal story with a different cultural background, you may have a good shot at getting support at the Danish Film Institute. If you’re a film buff like me and just want to make genre films, it could be a bit more challenging.

What were the challenges of filming your most recent film ‘A Place to Die’?
Only the language. It’s set in Pakistan, so editing has been a bit of a challenge but fun.

What do you appreciate most in a Danish working environment?
Everyone is very committed and professional with his or her work, but at the same time there is this relaxed good feeling and humour on set. But I would say that it is much more fun to work on a low budget film than a fully financed one. People are somehow even more committed and enthusiastic on a low budget film.

Do you have a next project in mind, and can you give us a hint regarding what it’s about?
I have one Danish project and a new Pakistani project. The Danish one is a horror/comedy and the Pakistani is a gangster story. 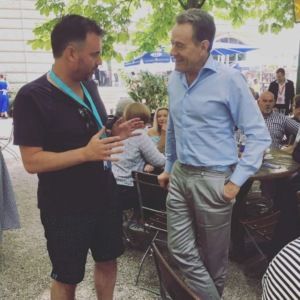 What brings you to Denmark?
I met a girl in Australia who happened to be Danish. So via a coin toss we decided to live here. It has worked out very well for us.

What in particular has kept you here for a career?
I like the weather. No joke, it suits me more than the heat. And professionally if you look hard enough there are some great open-minded filmmakers to collaborate with.

Can a film in the Danish language achieve something different than one in English?
You can tell a local story. That’s what we did with ‘Bakerman’: tell a Nordic noir with a twist of social insight.

What advice would you have for English speakers interested in making films in non-English speaking countries?
Do it. Show no fear. Listen to your heart and, of course, just ignore the negative folk.

How has the Copenhagen film community helped in moving your career forward?
Generally they are fine. Some old school folk are a bit shy of the indie film scene, but that’s normally due to the money or lack of open mindedness in understanding that there are many, many different ways to make a film. But independent films have many other strengths. Our main actor in ‘Bakerman’, Mikkel Vadsholt, was initially sceptical, as we were running a very small crew most days, but he has just won a Best Actor Award in New York, no less, and since then he has been telling me his phone hasn’t stopped ringing with offers. That’s worth more than anything. Again my motto is show belief and passion in your project and the right people will collaborate with you – and they will be rewarded.

What inspired the story of ‘Bakerman’?
Initially it was my shock, anger and sadness over the Anders Breivik event. I wrote a script and over time it developed and matured into something else – something with more hope from the darkness of that character. I think we achieved that as the feedback I get from audiences and festivals has been great. When some of your audience is crying at the end of your film, it means so much to you as an artist.

What were the greatest challenges making the film?
Practical stuff. We had a small crew and no official funding support from DFI or anyone. So nobody helped us in that manner. Mikkel Vadsholt getting very sick half-way through the shoot forced us to reschedule the whole thing and we made it in bits and pieces over a period of ten months. To keep everyone and the story in focus was very stressful and mentally and physically very hard – at the end I was close to collapsing from exhaustion, but it worked out in the end and we got over the line.

Anything else you’d like to add?
Please support the international independent filmmakers and keep Denmark diverse and interesting from a cinematic point of view too. I have a science fiction project (‘The Boy who Stole the World’) in the works and also a comedy feature script I want to make. Let’s make more films!