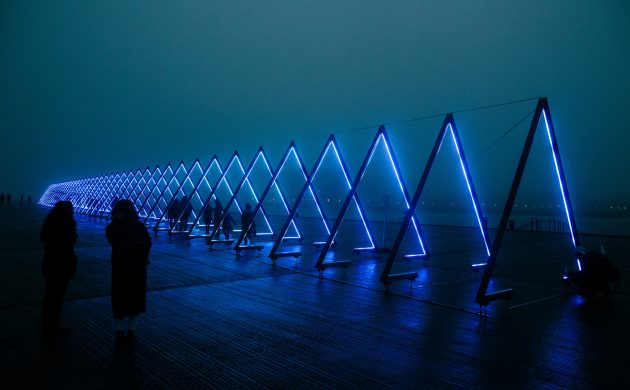 Light offers hope at this time of year, and nobody knows this better than the organisers, or should that be orchestrators, of the Copenhagen Light Festival, which this year is running for a whole month from February 2 to March 2. Throughout the event, 30 to 40 light installations will be staged at publicly-accessible sites throughout the city.

One of the most recognisable installations to feature this year is ‘The Wave’. Comprising ‘40 triangular gates’, it is programmed so that when a participant walks through it will emit different patterns of light.

This will be the second year in a row that ‘The Wave’ has been chosen as a ‘headline act’ for a festival in the city, following its inclusion at the 2017 Frost Music Festival. It has since gone on to garner international acclaim following its selection at this year’s ‘London Lumiere’ in January.

However, besides ‘The Wave’, this year’s Copenhagen Light Festival offers a raft of new sensorial exhibits that demonstrate the breadth of artistic talent possessed by those tasked will creating the installations. Some of the events that should not be missed are listed below.

‘Honoring a Master of Light’ by Jakob Kvist
Feb 2-March 2; Louis Louis Poulsen, Gammel Strand 28, CPH K
Jakob Kvist’s installation showcases the power of vibrant colours. The artist has taken over the building of designer Louise Poulsen. These premises have been transformed into a five-storey graduated filter, from which each floor emits a different type of fluorescent LED light. The installation is inspired by the legacy of one of Denmark’s early light pioneers, Poul Henningsen. 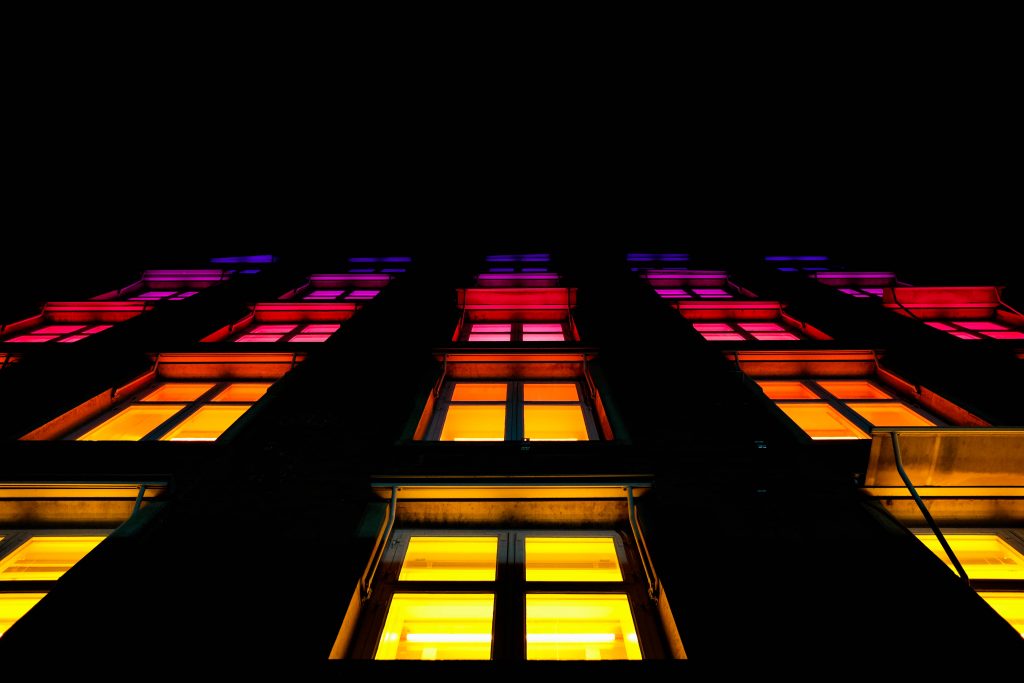 ‘Light Therapy Bar’ by Studio David Thulstrup
Feb 5-25; Klub, Linnésgade 25, CPH K
Studio David Thulstrup has created an installation that provides attendees with a fully immersive experience. The designers invite guests to slip off their shoes, put on a pair of fluffy slippers and enter a mirrored room in which they can sit and relax to the sounds of ethereal music. Fans of artists such as Yayoi Kusama may notice a similarity between this exhibit and her ‘infinity rooms’ works (1965-2016). 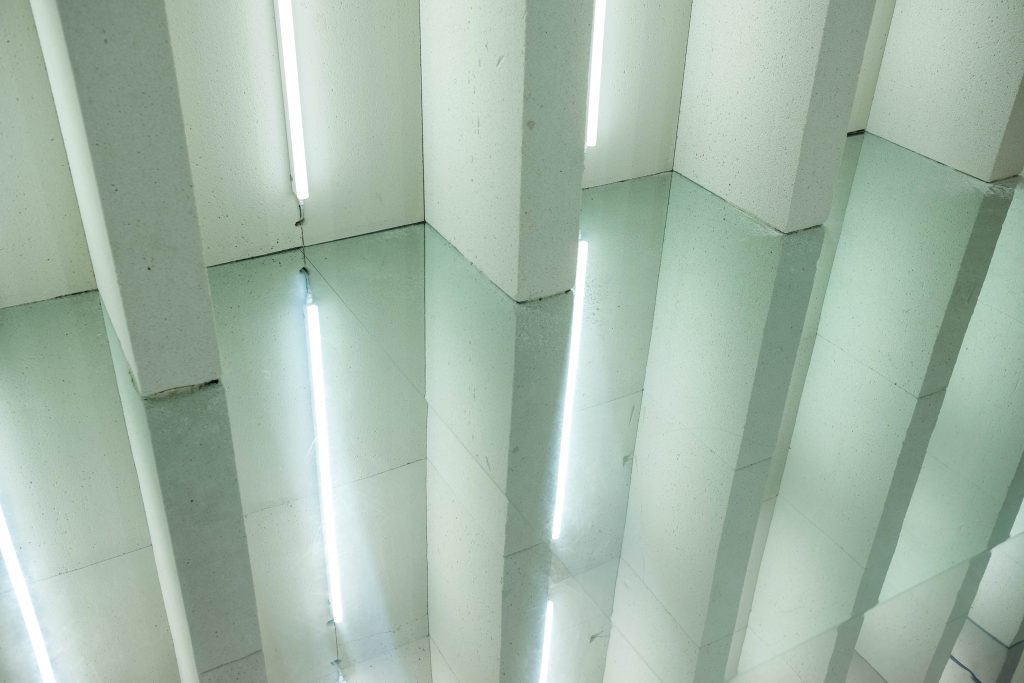 The Door commissioned by The City of Helsingborg
Feb 2-18; Bertel Thorvaldsens Plads 2, CPH K
‘The Door’ placed close to the entrance to Thorvaldsen Museum is one of a pair – the other of which is positioned in Helsingborg. When you pull on the innocuous metal handle to the installation, a video screen is revealed that displays a variety of recorded images. These include scenes such as hikers scaling Mount Everest, visions of the Great Wall of China, and even a glimpse of other participants at the installation’s other location. 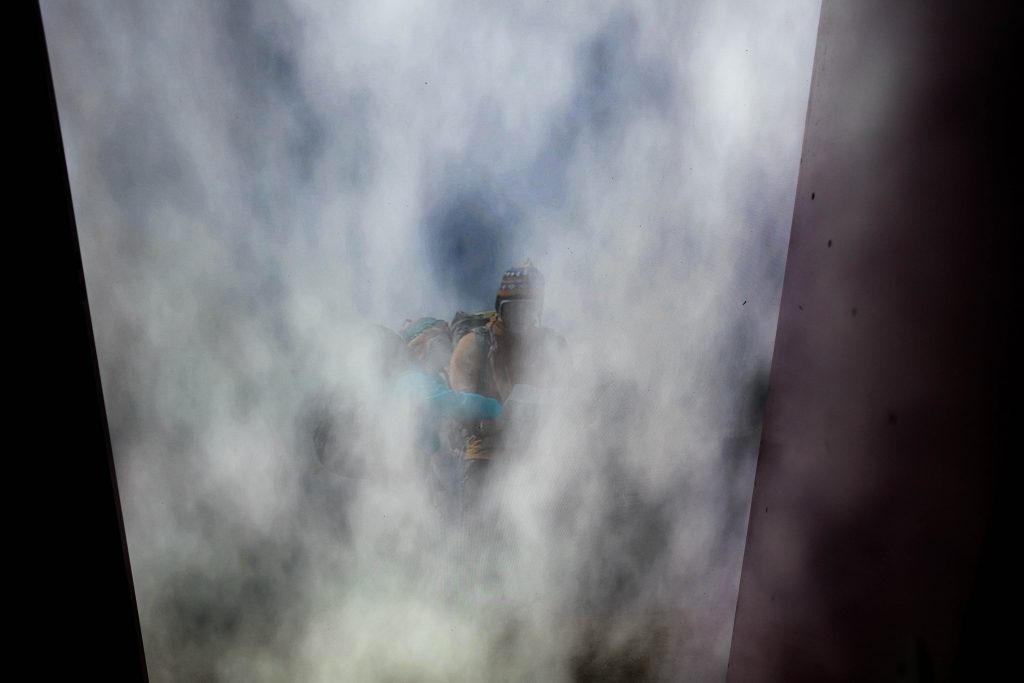 Eternal Sundown by Mads Vegas
Feb 2-March 2; Kalvebod Brygge 5, CPH V
Mads Vegas has created a playful installation that allows attendees to witness a full spectrum of colour. The artists invites participants to walk among the florescent lamps that are fixed to the walkway of the Kalvebod Wave. The exhibit transforms the waterfront bridge into a static rainbow – an effect that will allow both children and adults to engage with the visual spectacle. 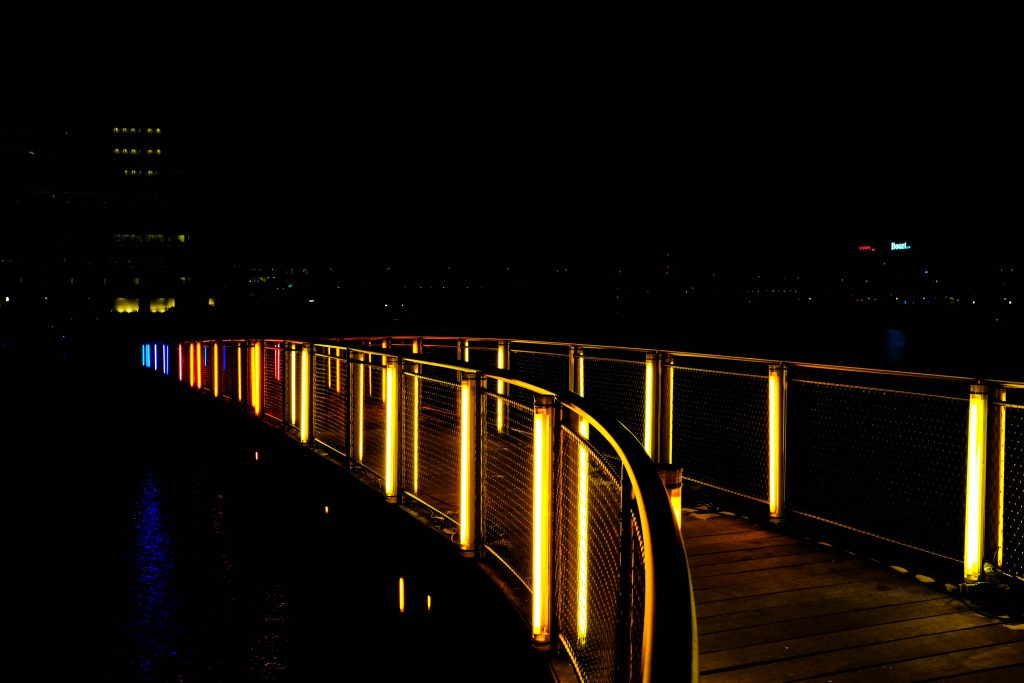