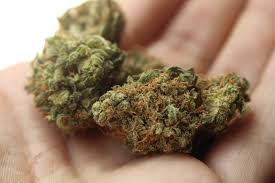 Denmark will soon become one of the largest medical cannabis producers in Europe.

Since December 2017, the Laegemiddelstyrelsen medicines agency has issued 12 permits to companies to produce medical cannabis.

The authorisations followed last year’s parliamentary approval of a four-year trial for doctors to prescribe medical cannabis to patients, which began on January 1.

Since this approval, 17 companies have sought the right to produce medical cannabis in Denmark. Two were rejected and three are still awaiting a decision.

However, the new industry is being tightly regulated. To gain approval to grow cannabis, companies must gain permission via three separate public bodies: Laegemiddelstyrelsen, the Landbrugsstyrelsen agricultural agency and the national police, Rigspolitiet.

Multinationals pick Odense
The decision of the Danish government has attracted international interest from large corporations based in North America.

Aurora Cannabis, a Canadian medical marijuana grower based in Alberta, Ontario, produced plans earlier in the year to team up with tomato grower Alfred Pedersen & Son. The pharmaceutical company will use greenhouses run by the Danish company to cultivate the product in Odense.

The two companies came together recently via a joint venture called Aurora Nordic Cannabis. They plan to create a 93,000 sqm automated facility – set to produce 120,000 kg of cannabis per year.

The venture is designed to service the needs of other Scandinavian nations such as Sweden and Norway in line with predicted future changes in law.

Other international cannabis companies to set up shop in Denmark include Canopy Growth Corporation. This recently partnered with Spectrum Cannabis Denmark and plans to create a 40,000 sqm facility also in Odense.