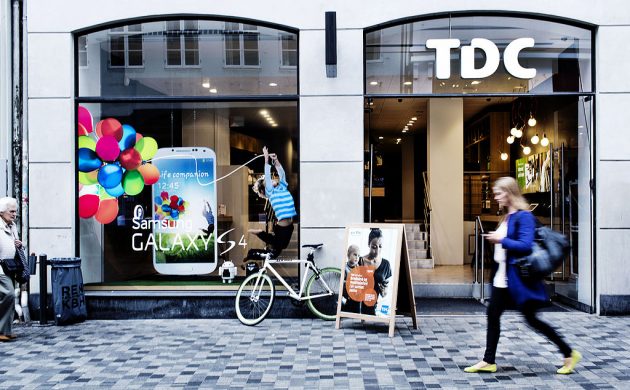 If you’ve been struggling for phone connectivity over the past few days, you probably haven’t been alone. The telecommunications giant TDC has recently experienced a series of disruptions to its services across the country.

In total, 1.85 million people have been affected – roughly half of all TDC’s customers.

The issue was first discovered on May 5 at 08:00, at which point it was believed to be limited to a small number of devices.

However, subsequent investigations revealed the widespread nature of the issue, as the fault affected all telephones and landlines that receive either broadband or 4G.

The company reported today that it had located the source of the problem, which it said was caused by high call volume.

Since 2016, 180 million kroner of public money has been set aside to boost the internet connectivity of residents living in so-called rural ‘black spots’ – with 25,000 addresses singled out for upgrades.

These include people living in remote locations such as Hesselø, a tiny island north of Zealand, where there are only five permanent households.

Lars Christian Lilleholt, the minister for energy, utilities and climate, claimed the new financial resources would force communications operators to do more to improve internet connectivity.

Too little too late?
However, critics of the government’s action suggest that it neglects the needs of city dwellers, who also often experience similar problems with their internet services.

Only 12 percent of the internet upgrade budget is slated to be spread among residents living in urban areas – whilst inhabitants of Odense, Aalborg, Aarhus and Skanderborg will not see any of the public money.

Michael Jensen, a senior consultant for telecoms company Netplan, argued that the communications companies’ monopoly on the provision of internet services was responsible for degrading facilities in metropolitan areas.

“Many people living in the capital have a real problem with their internet that corresponds to the issues witnessed by those who live in sparsely populated areas,” he told DR.

“The reason for this is that there is no competition because TDC has been allowed to be the sole developer of the internet infrastructure in major cities.”