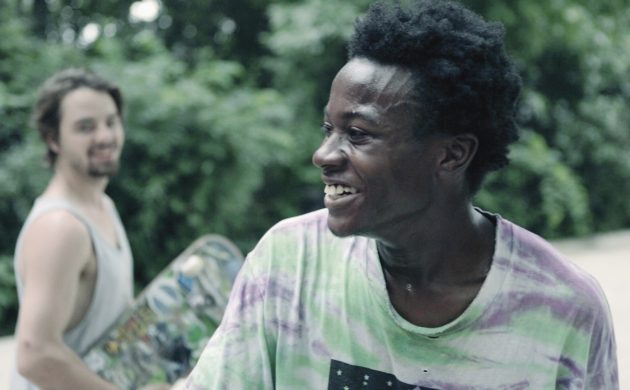 This film is nothing less than a watershed – there has never been a more in-depth portrayal of late-adolescent masculinity.

Director Bing Liu used his skills as an extreme-sports videographer to capture the lives of his young daredevil skateboarding companions, Zak and Kiere, in their hometown of Rockford, Illinois.

We first witness the young men in the throes of new found adulthood as they party hard, attempt to gain a basic income and, in the case of Kiere, start a family.

However, we later learn that along with Liu they have all been subject to systematic physical abuse as children by their fathers.

Over the following years the film explores how the protagonists cope with their past traumas, either through searching for personal resolutions or by becoming abusers themselves – thus perpetuating a cycle of violence.

‘Minding the Gap’ is a deeply affecting and personal depiction of a present social issue, which is produced with incredible maturity, sensitivity and artistry. If you can watch only one film this festival, let it be this.

This documentary is a testimony to one woman’s courageous attempt to influence a national discussion on the root causes of recent terrorist atrocities in France.

Latifa Ibn Ziaten’s son, a soldier in the French army, was killed in an attack that took place in Toulouse in 2012.

Since this point, she is shown to have worked tirelessly to promote a dialogue designed to prevent future bloodshed and assuage deeply-felt prejudices held against those of Muslim faith.

Ziaten often remains a voice of stoic calm and reason –  becoming a maternal figure to all those who seek her help, whilst continuing to wrestle with her ongoing grief.

Her work reaches a pinnacle in the film when she manages to bring both Israeli and Palestinian students to France to hear the reasons for why the terrorist incidents took place.

Above all else, the film demonstrates how Ziaten offers a strong, stabalising influence on a debate in which the basic principles of civil society are seen to be threatened.