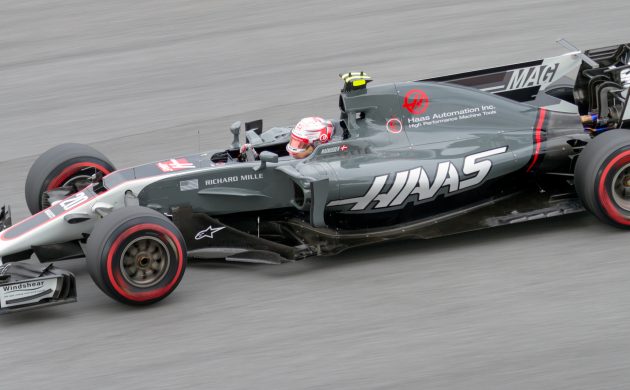 Kevin Magnussen’s new season started with a whimper when he failed to finish at the Australian Grand Prix.

He and his team mate Romain Grosjean suffered consecutive pit-lane disasters at the hands of their mechanics in Melbourne.

Both drivers were forced to retire due to poorly executed wheel changes whilst  running in the points.

Future promise
Nevertheless, the overall pace of the Haas 2018 car was a surprise to many in the Formula 1 paddock.

The team, which finished eighth in the constructors’ championship last year, leap-frogged Renault, Force India and McLaren to place fifth and sixth in qualifying.

Based on his initial performance, Magnussen is in contention to score a hefty number of points this season – with even a potential podium finish or two on the cards.

He is now ranked ninth equal on most bookmakers’ lists.

Controversial design
However, rival teams have lined up to question how Haas, which only entered F1 in 2016, has managed to make such rapid progress with the development of its new car.

Many have argued the team’s collaboration with Ferrari should be scrutinised. This is because, unlike others, Haas buys nearly all its parts from the major car manufacturer: from its engine to its electrical components.

Close visual similarities between Haas’s 2018 car and Ferrari’s 2017 model have led to assertions it has produced a blatant copy.

This notion is heavily disputed by Haas principals who have unanimously rejected the criticism.

The team also has the backing of F1 bosses who mutually agree no rules have been broken.

F1 Copenhagen soon?
The prospect of Magnussen’s success this season will only strengthen the lobby for a new F1 race in Denmark.

The local driver has already thrown his weight behind the proposal, which if approved could be staged as early as 2020.