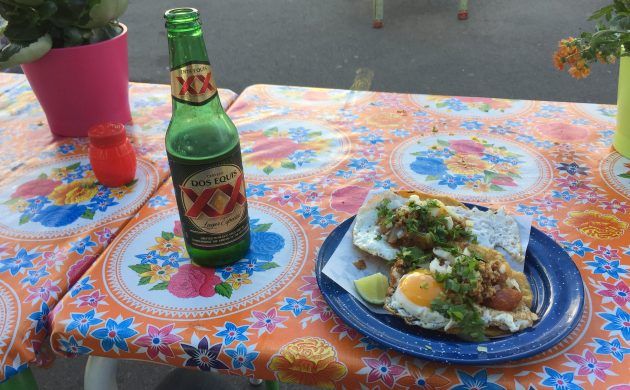 Fans of Mexican food – and who doesn’t love it? – should plan on making a stop at Rosio Sanchez’s food truck, Hija de Sanchez, at Copenhagen’s Torvehallerne.

A team of ‘food experts’ – whatever that means – including Noma chef René Redzepi (Sanchez was once a dessert chef at Noma), foody-type bloggers, industry wonks and food writers have singled out Sanchez’s stall as having the best street food in the whole of Europe in Lonely Planet’s recent poll.

It’s a huge coup for Hija de Sanchez, which started out as a Mexican food truck in 2015.

Casual greatness
Sanchez said that her idea “was born of my personal cravings for Mexican food”.

After spending most of her career working in high-end restaurants, she said that she “craved working in a place that was way more casual, something more approachable, and something that would have a connection to my soul”.

Along with the Torvehallerne stall, Sanchez has recently opened a restaurant in Kødbyen in Vesterbro.