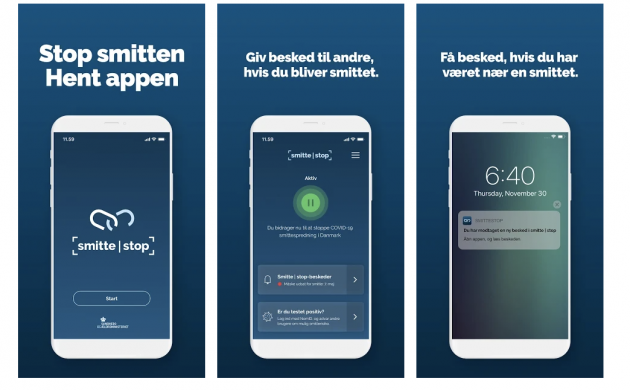 People in Denmark can finally download an app that tells them if they came into contact with someone infected with the coronavirus or themselves report having tested positive for COVID19.

The Smittestop app is available starting on Thursday, and the minister for health and the elderly, Magnus Heunicke, said the technology would ensure privacy and protect users’ data.

“We present the app to find the hidden chains of infection this morning,” Heunicke said on Twitter as he thanked the Data Council for its advice on developing the app.

Anonymous identification
The launch of the app has been delayed due to privacy concerns and a special security feature on iPhones.

The way it works is that someone who tests positive for COVID19 can log into the app using NemID and notify users that they been in contact with for more than 15 minutes at a distance of about one metre — measurements estimated by Bluetooth signal strength. Only users over 15 years of age can send such a notification.

The other users then get notified of the risk of infection, but not the name of the person who has the virus. Users can then be tested, supplementing current contact tracing efforts.

It is only possible to notify people who have also downloaded the app, so its effectiveness depends on how many people are using it.

Beating Pokémon Go
Developed by IT company Netcompany, the app cost the government 20 million kroner and, according to Heunicke, it will work for six months

Experts say the app is useful for so-called superspreader events such as the recent Black Lives Matter protest in Copenhagen. They however warn against creating a false sense of security because infection can take place in less than 15 minutes.