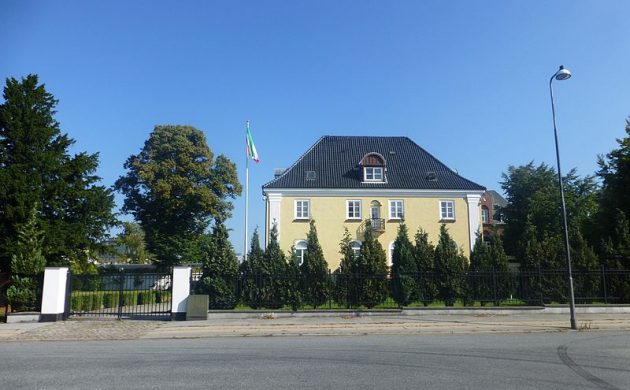 Now, in a stunning turn of events, Iran’s ambassador to Denmark, Afsaneh Nadipour, has been summoned to the Danish Foreign Ministry to explain reports that the Iranian Embassy is involved in cases regarding religious divorces.

“Naturally, we will in no shape or form accept an embassy being involved in cases that go against Danish law – and our basic democratic values in Denmark,” said foreign minister, Jeppe Kofod.

“This form of religious control, which we have heard about in the media, does not belong in Denmark. So I’ve summoned the ambassador for an explanation.”

Unsolicited meddling
A number of media have recently described how Muslim women in Denmark are forced to accept divorce contracts produced by imams.

Late last month, an imam in Odense was reported to the police for producing a Sharia Law divorce contract dictating that a woman would lose her parental rights if she didn’t fulfill a list of unreasonable requirements.

“Reports that the Iranian Embassy has in an unsolicited fashion sought out women living here to pressure them into getting their Danish divorce papers religiously validated is something I take very seriously,” said Kofod.

It’s not the first time the Iranian Embassy in Denmark has been in hot water in Denmark.

Two years ago Denmark summoned the Iranian ambassador following PET claims that Iran was involved in an assassination on Danish territory. Iran denied any involvement at that time.