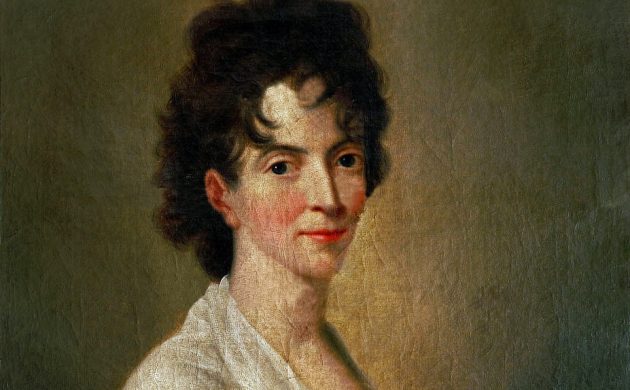 Dwarfed by Copenhagen Town Hall, the elegant facade of No 1 Lavendelstraede by the City Law Courts is a genuine piece of Mozartiana, hidden deep in the heart of Copenhagen’s Old City.

Today, the building modestly houses lawyer’s offices and flats. Built in 1805, there is no museum and no public access to the town house. Only a modest plaque indicates that this was the site of Mozart’s rarely chronicled Danish connection.

It was here that Constanze Mozart, the composer’s widow, lived with her second husband, the Danish diplomat Georg Nikolaus Nissen from 1812 to 1820. It was here, too, that Mozart’s youngest son, Frans Xaver, lodged for some months in 1819 and where tickets could be acquired for his piano recital at the Royal Theatre that year.

A series of remarkable coincidences brought the destinies of Nissen (born in 1761 in Haderslev, South Jutland) and Constanze (born in 1762 in Zell, Lower Austria) together in 1797, two rather ordinary people caught by fate in the shadow of a towering genius.

Constantly on the move
Constanze Weber, one of four daughters of a double bass player, musical copyist and theatrical prompter, married Wolfgang Amadeus Mozart in August 1782 at St Stephen’s Church in Vienna. The marriage, at first violently opposed by Mozart’s jealous father Leopold, lasted until December 1791, when Mozart died of kidney disease at the age of 35.

Constanze’s marriage to Mozart spanned the composer’s crucial last 10 years. During that period, the couple moved no less that 11 times and Constanze gave birth to six children. Only two, however, reached adulthood: Karl Thomas (1784-1858), who ended up as a chartered accountant in Milan, and Frans Xaver Wolfgang, known as Wolfgang Amadeus Junior (1791-1844), whose musical talents never equalled those of his father and who remained a somewhat mediocre pianist, music teacher and third-rate composer, living in Lvov, Poland.

Although much has been written about Mozart’s alleged infidelities and debauchery, his marriage to Constanze was basically a happy union. When the composer died in 1791, though, he left Constanze in serious economic difficulty. Being of a practical, down-to-earth nature, Constanze was determined to survive and immediately set about selling her late husband’s works and going on extensive concert tours, singing major roles, notably in the opera Titus and Mozart’s last work, the K626 Requiem.

Gorgeous Georg
In 1793, Georg Nikolaus Nissen – a former Copenhagen postmaster, dabbler in the arts, dilettante man of letters and, since 1790, Danish envoy to Regensburg – was posted to Vienna as first secretary to the Danish legation in the Austrian capital. It was no easy posting because Denmark was pro-French and Austria at that time was opposed to Napoleon. By a stroke of fate, Nissen’s first lodgings in Vienna were in the same building in which the Mozarts lived for a short time in 1784. In late 1797, Nissen met Mozart’s widow, and he became a lodger in Constanze’s house at 535 Judengasse the following year.

Constanze seemed to have acted as housekeeper for Nissen, living with him at various addresses in Vienna, along with Karl Thomas and Frans Xaver, until the couple finally married in 1809 at Bratislava Cathedral, Slovakia. In the early years of their relationship, Nissen was instrumental in completing difficult transactions on Constanze’s behalf with the leading Leipzig music publisher Breitkopf & Hartel for the publication of the first ever complete edition of Mozart’s works. Beginning in 1798, the revenue from this edition greatly eased Constanze’s strained economy.

In 1810, Nissen was finally called home to Copenhagen for health reasons, taking his wife with him. The Nissens settled in Copenhagen’s Old City, where they lived for most of the next decade, purchasing the property in Lavendelstraede in 1812. It was a grim period in Danish history with Copenhagen still in the throes of recovering from the British naval bombardment of the city in 1807 and Denmark facing economic collapse. Nevertheless, Constanze spoke well of the city in letters to her son Karl Thomas and settled down quickly in her new life. Nissen was appointed state press censor, a secure post that allowed him plenty of time to indulge his cultural interests.

Constanze’s arrival in Copenhagen took place at a time when Mozart’s music was first beginning to enjoy wide popularity in Denmark. Although Mozart’s symphonies, overtures and violin and piano concertos were appreciated and extensively performed by musical societies, the operas were slow to gain recognition among the Danes.

Junior in town
Undoubtedly the greatest Mozart happening to take place during Constanze’s time was the visit in 1819 of her youngest son Frans Xaver (who always presented himself as Wolfgang Amadeus Junior, capitalising on his father’s name). The highlight of Xaver’s stay was a much publicised and, by all reports,  highly successful vocal and instrumental concert at the Royal Theatre in September. The recital comprised eight pieces of music that included the overture to The Magic Flute (in piano transcription), arias from Cosi fan Tutte sung by Royal Danish Opera soloists to Wolfgang Amadeus Junior’s accompaniment, and various piano works of his own composition.

Nissen was finally pensioned off in 1820 by the state. He and Constanze moved to Salzburg – the city of Mozart’s birth – where Nissen spent his last years slaving away on what was to be his life’s most important project, a biography of W A Mozart. The book was unique in that it drew on 400 previously unpublished letters lent to the Dane by the composer’s sister Maria Anna (‘Nannerl’), who died in 1829.

From 1824 until his death in 1826, Nissen was fully absorbed in writing the work, which was something of a breakthrough in Mozart research at the time. Almost 1,000 pages long and in two volumes, Nissen’s Biography of Mozart (in German) was published at last in 1829, three years after the death of the author.

The work was edited by Constanze, who dedicated it to Queen Marie Sophie Friederike, the wife of King Frederik VI of Denmark. Constanze died in 1842. She lies buried beside Georg Nikolaus Nissen in the churchyard of St Sebastian’s in Salzburg.