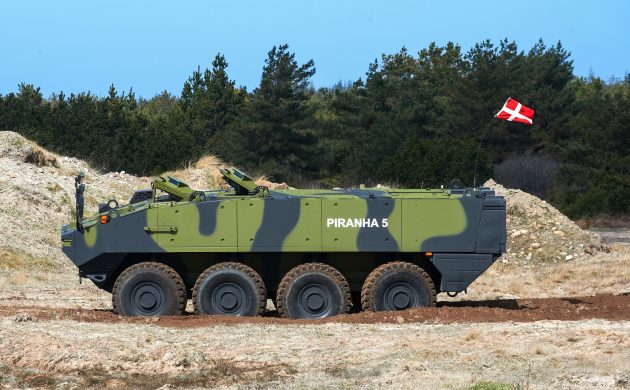 Swiss-made military vehicles will not be heading to Ukraine (photo: Forsvarsministeriets)
June 2nd, 2022 11:46 am| by Jared Paolino

Switzerland has vetoed Denmark’s request to deliver Swiss-made military vehicles to Ukraine, referring to its neutrality policy of not supplying arms to conflict areas.

According to OLFI, the Danish media focused on defence and security policy, the decision to send about 20 Piranha three-crew cars to Ukraine was made as far back as April.

However, these armoured personnel carriers were produced in Switzerland, which has a policy that foreign countries seek permission before re-exporting Swiss-made arms.

Not for the first time
Switzerland’s State Secretariat for Economic Affairs has previously shot down requests from other European nations seeking to send arms to Ukraine.

In April, a German request to re-export Swiss tank ammunition was rejected, and in March, a Polish request to deliver weapons to Ukraine was denied.

Swiss neutrality being tested
While far from abandoning its two-century policy of neutrality, the conflict in Ukraine has increasingly stirred up debate in Switzerland. In a radical departure from prior practice, the country has been involved in European sanctions against Russia since late February.

As the war rages on, under the guise of what Moscow calls a special military operation to disarm and “de-Nazify” Ukraine, it remains to be seen whether this pillar of Swiss foreign policy will stand tall – or crumble.