Journey of Relocation: From new arrival to business owner in five years 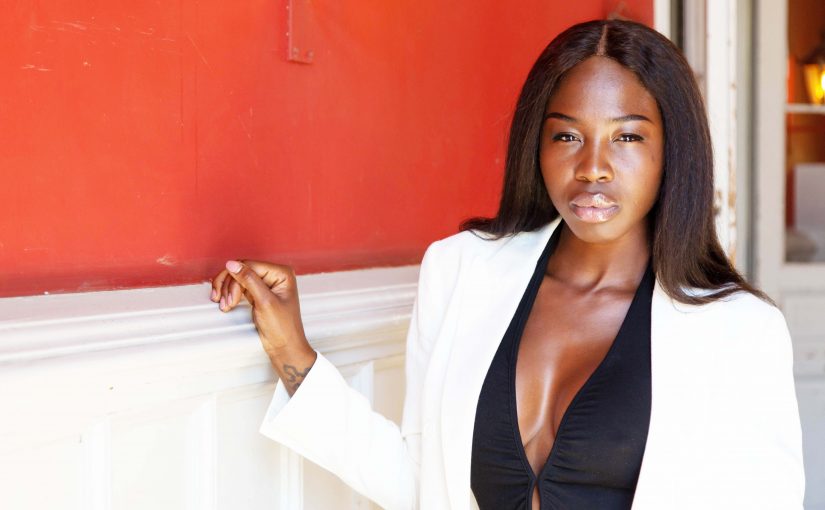 When makeup artist Barbara Mensah arrived in Copenhagen in April 2017, it wasn’t her first taste of life away from her beloved London – she had previously lived in Stockholm for 18 months. But that had always felt temporary; in Denmark, the serious business of relocating could finally begin. And besides, her young son was now old enough to start daycare.

Ahead of her lay one of the biggest challenges of her life, but today, over five years later, she wouldn’t swap her journey of relocation for another. She is the proud owner of a beauty studio on a fashionable street in Østerbro.

But yes, she confides to CPH POST, maybe there are a few things she would changed along the way!

Lumbered in London
Back in the mid-2010s, living and working in London, Barbara had no idea of what was lying ahead.

“At the time, I was working as a personal assistant for a finance company, and also as a freelance makeup artist. In fact, I even worked on British TV as a makeup artist,” she remembered.

But then a disruptor arrived in her life: her future husband, Martin! The Copenhagener was based in Stockholm, and after a few years coping with a long-distance relationship and her multiple jobs, Barbara decided to make a change.

“I reached a point where I’d had enough,” she conceded.

Stress in Stockholm
After moving in together in Stockholm, they got engaged and decided to start a family. The result is a boy, Oscar, who is now six years old.

“It was an extremely stressful period; I was still new in town and I was pregnant most of the time,” she admitted.

Barbara remembers not having many friends there and not having a great time. It was a period in which she was plagued by doubt.

But after a year and a half, her husband took the opportunity of a new job in his hometown of Copenhagen.

New chapter in Copenhagen
Conveniently, her husband already had an apartment in the Copenhagen district of Østerbro, but Barbara had to wait a little while until it was ready – quite an inconvenience when you have an eight-month-old baby to look after.

“When we got there, the people who were renting here left the place in chaos.

It was a complete mess, so I stayed in a hotel for two weeks with the baby, while people came in to paint and clean everything,” she recalled.

“My husband was also in the house making sure they were doing the things they needed to do. It was a very tough time.”

Alone at home with her baby, while her husband was working long hours to impress his new employer, it was hard without somebody occasionally giving her a chance to take a break. With no family to support her, Barbara was ready to return to London

“I was very nervous about just leaving the house,” she remembered. “It was hard knowing that I would need to start again from zero.”

Best foot forward
After a while, she realised she had to do something in order to make some friends, and she wrote a post on the expat Facebook group in Copenhagen.

Even if it was a little embarrassing to put herself out there, that post ended up being very helpful. She got a few answers and made good friends with two women who also had kids.

Around the same time, her toddler started daycare and she found a job as a beauty therapist specialising in lash extensions – the recovery was total.

After less than a year, she quit her position to work alone as a freelancer without a premises. A few false starts followed, but finally, in the summer of 2022, she found a suitable location to launch her new venue: Barbara Mensah Beauty on Classensgade.

Barbara Mensah Beauty
Barbara opened her studio in the summer of 2022.

The studio specialises in eyelash extensions and makeup services.

It also sells a wide range of Shea butter, which can be used as a moisturiser, salve or lotion.

The studio is located at Classensgade 7 in Østerbro. Call 5356 4504 to make an appointment.

Find out more at barbaramensah.dk.

Contacts galore
Crucial to her work is contacts, and in 2019 Barbara created a Facebook page called ‘Warrior Women’, which today has 1,600 members.

“Denmark makes it very easy for anyone to start their own business – women as well as men,” she contended. “I haven’t encountered any obstacles stopping me from becoming a businesswoman.”

Acceptance is key
With all her work responsibilities, Barbara’s new challenge has been ensuring the perfect balance of spending enough time at home with family and spending time at her new studio.

“I realised there’s never any balance; you’re always gonna feel bad. You just have to accept it and do the best you can,” she said.

But with her son starting school, she takes comfort from knowing he is well looked after.

Overall she has learned to love her life here, and it all started by meeting like-minded people: “The school system is great, transport is great – you just need to make some friends, that’s the key.”

Today it has 1,700 members – mostly women expat entrepreneurs in Denmark.

The organisation tends to hold events every month – perfect for networking with other members.