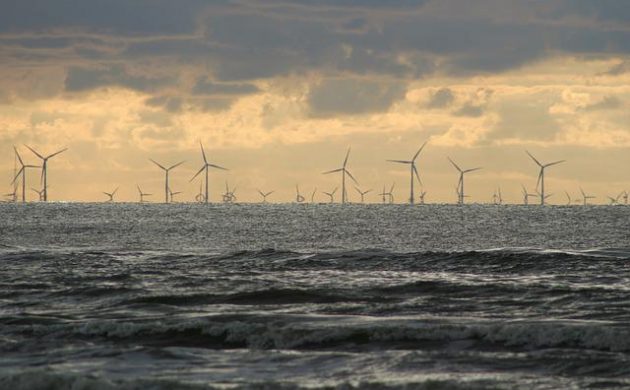 Petrol prices have been on the decline recently to the point they are now on a par with pre-War in Ukraine prices seen in 2021. A similar trend has been observed with natural gas prices.

Nevertheless, energy prices for homeowners have been rising due to the cold spell. Before temperatures plummeted, it was quite easy to pick and choose the best times of the day to run the dishwasher or washing machine and only pay 1 kroner per KWh.

But now, low temperatures combined with low wind speeds have seen hourly rates rise to between 3 and 5 kroner per KWh.

The project, which will be located in Idomlund, is expected to be the landfall for parts of the huge offshore wind expansion taking place in the North Sea.

READ ALSO: Danish venues closing down for the winter in response to Energy Crisis

Danish Energy Agency to allow CO2 storage project
There are a few other energy projects on the horizon in Denmark as well.

A Greensand pilot project is aiming to inject and store up to 15,000 tonnes of CO2 in the former Nini West oil field in the North Sea.

A project permit, which has been approved by the Danish Energy Agency, is set to run until April 1.

READ ALSO: Copenhagen to turn off lights at 70 landmarks and parks to conserve energy

The country’s biggest CO2 emitter is working hard to reduce its carbon emissions, and it has formulated a goal to decrease emissions by 70 percent by 2030.

According to Aalborg Portland CEO, Michael Lundgaard Thomsen, the new plant will cost billions of kroner, but could capture around 400,000 tonnes of CO2 annually by 2030.