Sex toy distributor Sinful, whose office is bang next door to Midttrafik’s, will still be permitted to advertise its wares, as long as the images and text follow guidelines 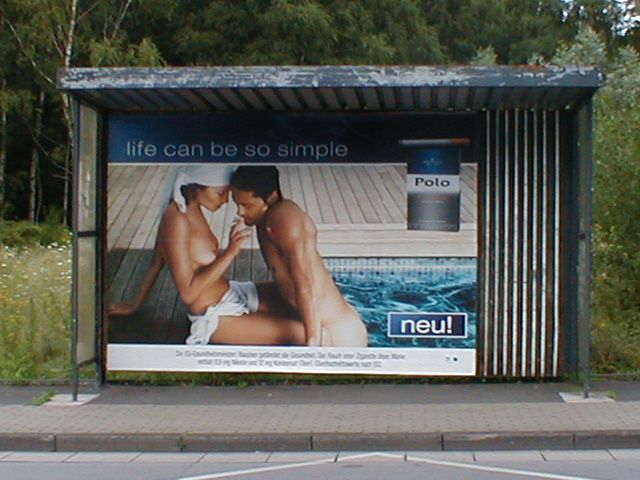 After all, there’s something quintessentially Danish about a pair of bare breasts, a sordid soundbite about swingers, or a strip club advertisement designed to get young men’s pulses racing.

READ MORE: Journalist from Danish radio station has sex in a swingers’ club during her reportage

Or at least that’s the opinion of Jakob Søgaard Clausen, a Aarhus Municipality councillor, who cannot see the sense of a recent decision taken by Midttrafik, the city’s transport operator, to ban lewd advertisements on the side of buses.

“In Denmark, we have a long tradition of being sexually liberated,” complained Clausen to local media outlet Århus Stiftstidende.

Together with a ban on gambling ads
Midttrafik took its decision to ban lewd advertisements at a recent board meeting where the intention was, in fact, to establish whether gambling ads should be permitted on public transport.

So, on top of implementing a ban on anything advertising lottery, combination games, betting, class lottery, pool betting, winning slot machines, online games and land-based games, the board have decided that images or words of a sexual nature should also been outlawed.

Nudity “that may cause offence” is banned – which means Midttrafik’s lawyers will in future have to pass judgement on every nearly or partially nude model used in advertising – as are “strip or sex clubs, pornography and the like, as well as goods or services related to these”.

Midttrafik chair Steen Vindum, who could not confirm the exact details of any alleged complaints about lewd advertisements, did clarify that sex toy company Sinful would not be banned, providing its adverts do not contravene the guidelines.

“They are welcome. You see Sinful everywhere anyway, and I don’t see what the problem would be with them. Incidentally, it is the closest neighbour to Midttrafik in Aarhus, so it would be strange if we told our neighbours that they are not allowed to be there anymore,” he said.

Nationwide ban likely
Vindum is also the chair of Trafikselskaberne i Danmark, the association that looks after the interests of all of Denmark’s regional transport companies.

He would like similar rules to be adopted nationwide – after all, Movia, the transport controller in the Capital Region and Zealand, has also banned lewd advertisements.

“Somewhere, it’s a mess if we don’t have the same rules in this area. That’s why I think we’re going to have a conversation about what we want and don’t want,” he said. “Sometimes it is better to prepare for something instead of having to go out and defend it afterwards.”

But the likes of Clausen cannot see why a ban is necessary if there haven’t been widespread complaints.

“This is not happening because there has been outcry at large sex advertisements on the side of the city buses in Aarhus,” he reasoned. “It’s only to avoid offending a few individuals.”