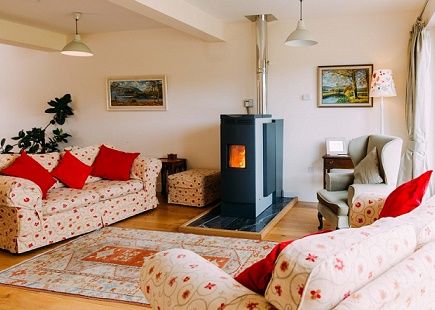 Wood-burning stoves may help to spread ‘hygge’, but they are also increasingly coming under scrutiny as a source of air pollution.

As part of the new budget proposals, Copenhagen Mayor Frank Jensen intends to do something about this by banning new stoves and offering householders a cash incentive to scrap their old stoves and switch to district heating, reports Ingeniøren.

READ ALSO: Taxing wood-burning stoves could save lives and money

It is estimated that 99 percent of all Copenhageners have access to district heating and the proposal would forbid the installation of new wood-burning stoves in buildings that have up-to-date heating systems.

“In a city where we’ve got district heating in every house there’s no need for wood-burning stoves as a heat source. They are only for ‘hygge’ and that kind of ‘hygge’ is something we will have to wean ourselves off,” said Jensen.

A pressing matter
Jensen would like to see the cash incentive funded by the state, but if it is unwilling to do so, Copenhagen Municipality is seeking permission to set up a local scrapping scheme.

According to figures complied by chimney sweeps in 2015, there were 16,349 wood-burning stoves in Copenhagen and Frederiksberg – 70 percent of them in detached houses. Another survey has established that 77 premature deaths in 2014 could be directly attributed to particle emissions from wood-burning stoves.

Top-level food summit at Christiansborg
Today and tomorrow sees Denmark playing host to ‘World Food Summit – Better Food for More People’, a top-level meeting involving delegates from 39 countries who will discuss ways to produce healthier food, reduce food waste, improve food security and enhance food culture in general. “Our goal is to mobilise countries, companies and organisations around the world to meet and take action on food-related challenges that threaten our health and environment,” said the minister for the environment and food, Jakob Ellemann-Jensen. The minister pointed out the measures were necessary in order to reach the UN ‘s sustainability goals for 2030.

Juice producer to open fruit factories in East Africa
The Danish juice producer Orana has ambitious plans for expansion by opening a new fruit factory in East Africa every second year, reports DI Business. The company is not only driven by profit – it also wants to become more self-sufficient and help local producers. “Without access to raw materials, we have no business. We therefore want to ensure access by partnering with local players who have networks and expertise and establish agricultural production on virgin soil, where we can be sure to get good, unpolluted raw materials,” says its CEO, Niels Østerberg. The first project will be a plant utilising organic bananas from Kenya “in the middle of nowhere”, as Østerberg says. Orana’s boss predicts that the company will have doubled its revenue in five years.

Danish florist chain sold to French
Interflora Danmark, a chain of florists across the country consisting of 350 different shops, has been sold to Interflora France, according to a press release from the chain. The reason given for the sale is to better equip the company to compete with companies such as Amazon in future. “We’re extremely happy to have found the right buyer for Interflora Danmark,” said its CEO, Søren Flemming Larsen, who will continue in his post after the sale. The French company already owns subsidiaries in Portugal, Spain and Luxembourg.

Danish airports wary of using artificial turf
When it comes to using artificial turf at airports, Denmark is lagging far behind its neighbour abroad. Evergreen Aviation, a manufacturer of artificial turf, has generated a lot of interest in its product elsewhere but, apart from a private helicopter landing pad north of Copenhagen, hardly any at home, reports Check-in.dk. Many airports abroad see artificial turf as a solution to problems such as erosion at the end of runways and birds hunting for food close to aircraft that are taking off or landing. Several Danish airports have expressed an interest but are waiting to see the results of similar projects in other countries before committing themselves.