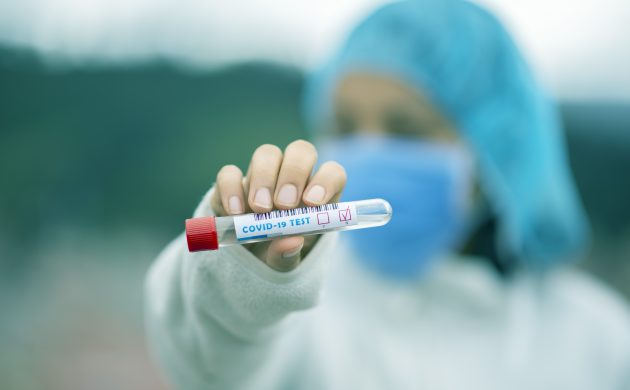 The health authorities have contacted all those at risk of infection from the June 6 flight from Pakistan to Copenhagen (photo: Pixabay/fernandozhiminaicela)
June 19th, 2020 1:12 pm| by Ayee Macaraig

A recent flight from Pakistan to Copenhagen illustrated the lingering risks of air travel during the Coronavirus Crisis as 18 people tested positive for COVID-19.

Of the 18 people infected, 16 were on board the aircraft that landed at Copenhagen Airport on June 6, while two others were close contacts of passengers, the patient safety board said on Thursday.

Four people were believed to have been contagious at the time of the flight, the board added.

Keeping a distance
The health authorities have contacted all those at risk of infection and informed them about measures taken.

Officials are also looking out for other potential cases of infection related to air travel.

“The case clearly illustrates that it is incredibly important that we continue looking after ourselves and each other by following the recommendations to keep a distance, have good hygiene and test,” said Anette Lykke Petri, the acting head of the board.

Denmark registers 600 coronavirus deaths
The number of coronavirus fatalities in Denmark has breached the 600 mark, after two more people dying on Thursday. The Statens Serum Institut said that six out of 38 hospitalised patients are currently in intensive care. The country has recorded 12,344 cases of the virus since the outbreak began in March, while 691,419 people have been tested. The updated figures were reported as Denmark gradually reopens society and its borders while keeping close tabs on the virus transmission.

Tech issues lead to problems with corona app
Several people in Denmark are unable to download the coronavirus app launched on Thursday, with the health minister planning to raise the issue with Apple and Google. An estimated 10 to 20 percent of the population are unable to get the app due to having an older phone or operating system, according to Torben Vognsen, the editor-in-chief of tech magazine Input. The app requires Android 6.0 or iOS 13.5 operating systems. The health minister, Magnus Heunicke, said that the government opted for technology that would protect privacy and data security. Heunicke added that he would discuss the issue with his European colleagues whose countries developed similar apps.

More than 400 Danes remain stranded abroad
Between 414 and 464 Danes remain stranded abroad due to the Coronavirus Crisis, but the Foreign Ministry has no plans to charter flights to bring them home. Most of those stranded are in India, Pakistan, Iraq and Colombia. They are having a hard time returning home due to local restrictions and irregular flights, but the ministry said that Denmark only charters flights in extraordinary situations where there are no other possible solutions. Danish embassies are helping them to secure seats on other countries’ repatriation flights. At the height of the pandemic in mid-April, as many as 845 Danes were stranded abroad.

Possible infection in second mink farm
The authorities are investigating a second mink farm for possible coronavirus infections. The Veterinary and Food Administration on Thursday began the investigation after a person associated with the farm in north Jutland was infected with the virus. This follows the detection of an outbreak at another mink farm in north Jutland, but the two cases are not believed to be connected. The culling of 11,000 minks was advised as a precautionary measure, even if it remains unclear if the animals infect people or vice versa. Denmark is the world’s largest producer of mink skins. Dutch mink farms also began a government-ordered cull this month following concerns that the ferret-like animals could transmit the virus to humans.

Anxiety and depression may be linked to COVID-19
Higher levels of anxiety, depression and mental stress may be linked to the coronavirus – especially among healthcare professionals. A Danish review of 43 scientific articles on the coronavirus found that the pandemic affected the mental health of patients, healthcare workers and the general population. The review by researchers from the University of Copenhagen cited studies showing that nearly all seriously-ill patients with COVID-19 exhibited symptoms of post-traumatic stress. Researchers, however, said that the studies were mostly from online questionnaires and were done in an Asian context. They stressed the need for more research into the mental health impact of COVID-19.