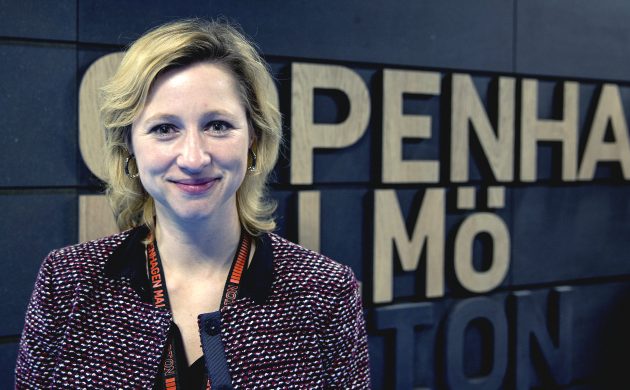 Sophie Hæstorp Andersen is in the running to be Copenhagen’s next Lord Mayor (photo: News Øresund)
November 16th, 2020 4:15 pm| by Helen Jones

It should be a woman.

That was the verdict that rang out after the previous Copenhagen lord mayor, Frank Jensen, was forced to step down following his own involvement in a #MeToo scandal.

Now, one woman has emerged as Socialdemokratiet’s top candidate to become Copenhagen’s next lord … or should that be lady … mayor.

Sophie Hæstorp Andersen has been a member of Socialdemokratiet for over 27 years. Currently working as the chair of the regional council for the capital region, she’s previously worked as a member of Parliament and the Socialdemokratiet spokesperson for issues on healthcare. Now, Andersen is running unopposed as mayoral candidate, after her fellow runners stood down.

“It’s a way of signalling that this is the end of a male work culture – or a macho culture,” said Troels Mylenberg. “It’s important to bring in someone who can mark a new culture and a new time.”

Reclaiming the role after Frank Jensen’s #MeToo uproar
It seems that for the next mayoral candidate, the shadow of Frank Jensen’s resignation is going to be impossible to ignore.

Jensen left the post after being caught up in his own #MeToo scandal, with two cases of sexual harassment being brought against him.

Lars Weiss has since stepped in as the current acting mayor for Copenhagen – but he has underlined that he does not want to stay on in the role and supports new challengers for his position.

Jensen’s wife stands by him through the allegations
Meanwhile, the situation is a strange one in the Jensen household, where both Frank and his wife Jane Frimand Pedersen are still awaiting the results of the investigations into current cases against him.

Speaking to Amager Bladet, Pedersen made it clear that she does not believe the allegations brought against her husband.

Pedersen refutes that her husband has been a harasser and suggests that the Socialdemokratiet leadership – or some high authority – must have co-ordinated against him.

“He has paid a high price for being a normal person,” said Pedersen.

The reality may be that although investigations are still being carried out, the world of politics is eager to move on and distance itself from unsavoury accusations.

All will be decided at the municipal elections, will be held a year from today on 16 November 2021.