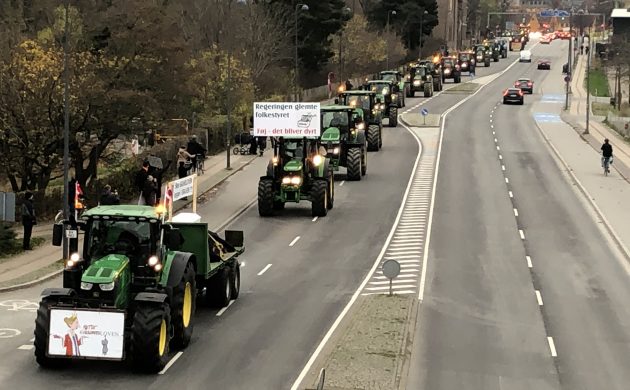 Copenhagen has probably never seen so many John Deere tractors before (photo: Christian Wenande)
November 21st, 2020 9:45 am| by Christian W

Copenhagen is set to see some traffic chaos today with hundreds of tractors expected to drive through the city.

The tractors are part of a demonstration by farmers protesting the government’s handling of the mink scandal.

The police expect the tractors to significantly impact traffic and urged citizens to consider public transport options when moving about the city.

The tractors will be guided into the city at around 10:00 this morning via the three main roads: Gammel Køge Landevej, Roskildevej og Frederikssundsvej. 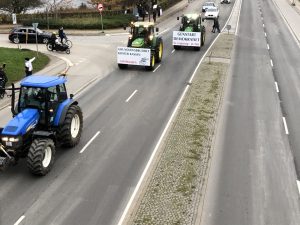 Leaving around 14:30
From there, they will congregate at Kalvebod Brygge, and drive past Parliament and Kongens Nytorv before ending up at Langelinie in Østerbro.

Some fishing vessels will also dock at Langelinie and a joint demonstration will start at 12:00.

The demonstration will end at 14:00 and the tractors will be led out of the city again at around 14:30.

A similar protest will be held in Aarhus.

Check out the route the tractors will take in the image below.