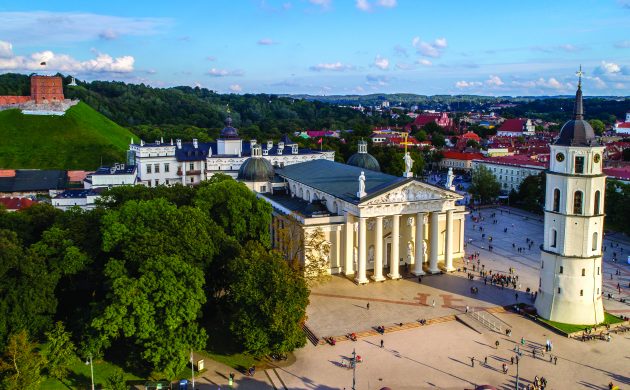 Tourism operators in the capital Vilnius have adopted a playful approach to marketing in recent years, making fun of how many Europeans don’t actually know where it is located.

In 2018, its ‘Vilnius – the G-spot of Europe’ campaign claimed that “nobody knows where it is, but when you find it – it’s amazing”.

And then last year, the ‘Vilnius: Amazing wherever you think it is’ campaign again poked fun at the city’s obscurity.

All the essentials!
But while Lithuania might not be one of the better known countries in the world, it has all the essentials to offer the best experience to those who visit.

From the medieval streets of Vilnius, to the bohemian appeal of Uzupis and numerous majestic natural landscapes, everyone can find their own path.

Tag along as we explore the six wonders of Lithuania and get a glimpse into this magical country. 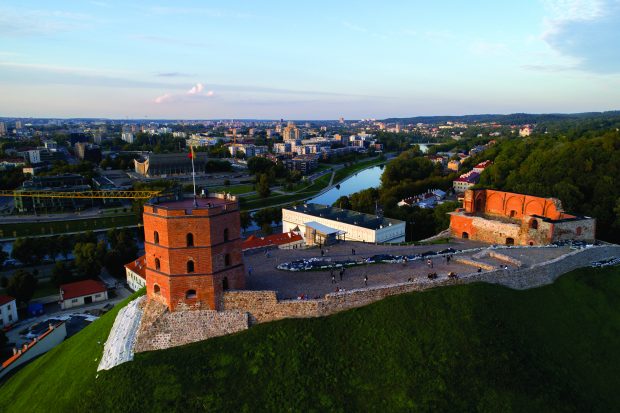 The charming capital has it all: a wide range of sights and a delicious food scene, all in walking distance! A great place to start exploring the magical city is the Gediminas Castle Tower, which is the main symbol of Vilnius and located in the UNESCO-listed Old Town. Crowning Gediminas Hill, the castle offers the perfect spot to catch a panorama of the Old Town.

Another must-see spot is the picturesque Cathedral Square, where ‘The Most Beautiful Christmas Tree in Europe’ stood in 2020. Right next to the square there’s the Palace of the Grand Dukes of Lithuania and Gediminas Tower. Enter to learn more about the great history of Lithuania and soak up its mesmerising exterior.

Another unique architectural landmark is St Anne’s Church, which has remained almost unchanged for the past five centuries and is arguably the most famous building in Vilnius. The mysterious building has been home to a number of legends – most notably that Napoleon Bonaparte expressed a desire to take the building back to Paris in the palm of his hand!

Užupis may be the smallest district of Vilnius, but it more than makes up for that with its unique character and quirkiness. What used to be a seedy part of the city has grown into an independent neighbourhood that is home to a number of artists and intellectuals, along with a few local moguls! One can also find an abundance of cosy cafes, bars, restaurants and art centres.

When Uzupians say they’re independent, they mean it: currently they have their own currency, anthem and even a government! Entering the district is like crossing a border, as visitors walking over the Bridge of Užupis will get their passports stamped! The bridge is also a prime spot for placing love locks all year around.

The bohemian district adjoins a newly-built part of the city, Paupys, which creates a wonderful contrast between the old classic style and minimalism.

They played Nyets and Crosses

This mysterious landmark near Šiauliai packs both a historical and symbolic punch: nobody ever forgets the first time they laid eyes on the numerous crosses on its hillside. The precise origin of the crosses is unknown, but it is believed they originated after the 1831 Uprising. During the Soviet era the crosses were removed by the authorities, only to be continuously restored by the locals.

Marking a must-visit place for pilgrims, Pope John Paul II visited the otherworldly site in 1993 and later sent a crucifix to be placed on the hill.

Today the hill is a symbol of faith, hope and freedom. To commemorate its importance, the unique annual tradition of the Feast of the Hill of Crosses takes place on the last Sunday of July, attracting thousands of pilgrims. 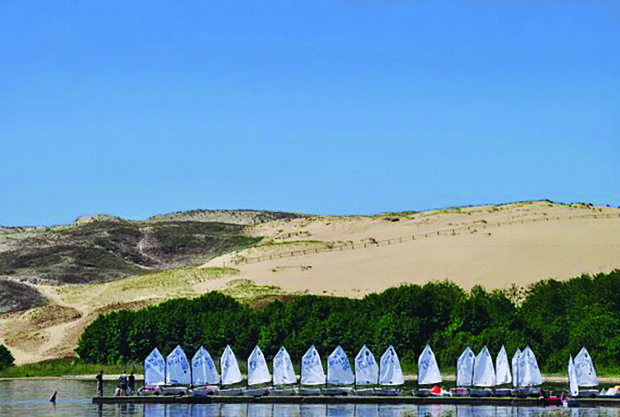 Spoilt for beautiful landscapes and the freshness of its water – after all, the Baltic is barely salty at all – Lithuania offers a range of captivating green zones throughout its national parks.  Conversely, perhaps, the most intriguing, the UNESCO World Heritage List inclusion Curonian Spit National Park, is more desert than oasis thanks to the magical Dead Dunes. Indeed, the charming natural park is home to four villages and two old cemetery sites hiding under the sand!

With 126 lakes scattered among its woods and hills, the country’s oldest natural park, the breathtaking Aukštaitija, has more than enough water to turn that sand into cement. Equally aqua-friendly, the Žemaitija National Park is home to the rare Atlantic salmon and offers excellent kayaking opportunities! Furthermore, the stubborn region was the last to convert to Christianity, so a number of pagan altars still can be found at the hill forts.

Dzūkija National Park does its best to preserve the beautiful pine forests of the southeast region. Hiking trails make it easy to explore its nature and experience the tranquillity of the park.

These walls can talk!

There’s nature, and then there’s nurture: the history of human development in the country. Through its many examples of Gothic architecture, Lithuania has quite a story to tell.

The most famous and unique example is Trakai Island Castle in Trakai Historical National Park. The legendary castle has served as the residence of the rulers of Lithuania from the 14th century. This Gothic masterpiece is a must-see experience for visitors.

And don’t discount Kernavė, the medieval capital of the Grand Duchy of Lithuania, which today is a UNESCO heritage-listed archeological site. The five hill forts of Kernavė offer the best views of one of the most beautiful landscapes in Lithuania. The former capital has a courtyard simply full of old churches, where one can see a selection of both Gothic and classical architecture. 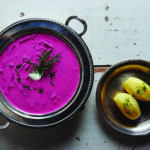 The food scene in Lithuania is very much alive and bustling thanks to a wide range of delicious offerings. The national dish, the scrumptious Cepelinai, consists of large dumplings made from potatoes filled with pork and served with sour cream and bacon sauce. Other delicacies include the famous chilled beetroot soup, which is also known as pink soup.

For dessert, two special cakes stand out on the menu. The tinginys (lazy cake), which does live up to its name, is an uncooked cookie bar. It is an easy and extremely delicious dessert to have, while the Šakotis (tree cake) is traditionally consumed at celebrations. Drenched in batter, it is cooked on a rotating spit over an open fire!

Organic and sustainable food is also becoming popular in Lithuania. Senatorių pasažas, a historical mansion in the heart of Vilnius, has two well-known restaurants that are based entirely on a farm-to-table concept – a must try for visitors to the city!