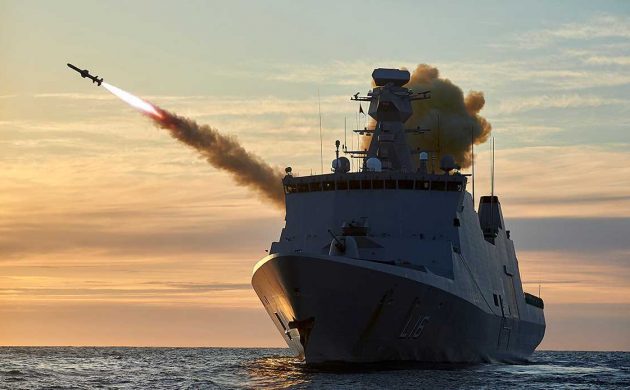 The Defence Ministry has announced that it will deploy a warship to the Gulf of Guinea in late 2021.

The effort seeks to tackle the high frequency of piracy off the coast of west Africa as part of an international navy mission.

Currently, about 40 percent of the world’s reported instances of piracy occur in the Gulf of Guinea.

Last year alone, at least 140 seafarers were kidnapped in the body of water off the coasts of, among other countries, Nigeria and Cameroon.

“It threatens the security of Danish and international crew, and we can’t just stand by watching. We must stand up and support the right to free sailing,” said the defence minister, Trine Bramsen.

Massive maritime passage
More specifically, a Danish frigate is to be dispatched to fight piracy and escort civil vessels in the area.

The task of the mission will be co-ordinated with Denmark’s allies and partners in the region.

Initially, it is expected that the ship will be deployed for a period of five months from November 2021 to March 2022.

The frigate is equipped with a Seahawk helicopter and will be able to deploy special ops forces if required.

Denmark is ranked as the fifth largest maritime nation in the world. About 40 Danish-operated vessels pass through the Gulf of Guinea on any given day.

The mission will require the approval of Parliament.

Denmark is currently in command of the European-led EMASoH mission in the Strait of Hormuz.