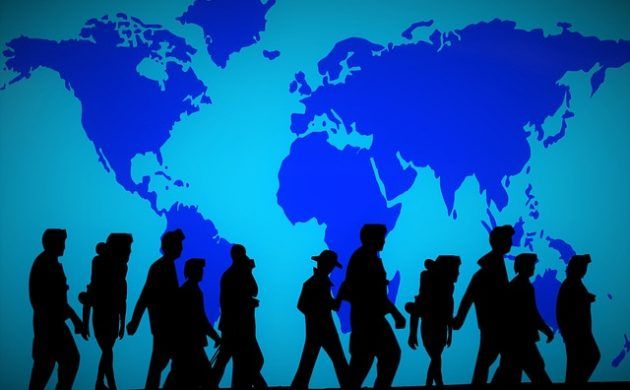 There’s a darkness at the heart of Denmark’s immigration policy (photo: Pixabay)
March 31st, 2021 5:03 am| by Ben Hamilton

Denmark has gone far-right on refugees,” claims an op-ed penned by Michala Clante Bendixen, the chair of Refugees Welcome, on politico.eu.

“What has happened to Denmark? Once renowned as a liberal, tolerant, open-minded society with respect for human rights and a strong and humane welfare state, we have now become the first country in Europe to revoke residence permits for Syrian refugees,” she wrote.

In total, 94 are being pressured to move back following the government’s ruling that Damascus is now a safe area of Syria to live in – making Denmark the first EU country to say law-abiding refugees can be sent back.

It raises the question whether Syrians are welcome in Denmark.

Pressured to leave
According to Arab News, the 94 Syrians will not be forcefully deported, but they have been moved to deportation camps, where human rights groups argue they will feel pressured to leave voluntarily.

However,  Mattias Tesfaye, the minister for immigration and integration, insists that Denmark has been “open and honest” since their arrival.

“We have made it clear to the Syrian refugees that their residence permits were temporary. It could be withdrawn if protection was no longer needed,” he said.

In other countries, Syrians who have broken the law have been deported, but never before those who haven’t.

“More Syrians are travelling home with a bag of money from the Danish state. That’s good news as it shows that our steadfast repatriation policy works,” said Tesfaye.

In total, 349 people received financial support to voluntarily return home last year – down from 502 in 2019.

Stopping the source
The government has meanwhile joined a European co-operation aimed at curbing migration streams and human trafficking along the eastern Mediterranean to the EU, which also includes Germany, Austria and the Czech Republic.

Greece alone has seen about 90,000 migrants enter from Turkey along this route since 2019.

The co-operation will focus on solutions in regards to border control, returning asylum-seekers back to their countries, human trafficking and improving the conditions for asylum-seekers.

“Every year, thousands drown while trying to cross the Mediterranean and many who reach the EU don’t require protection,” said Tesfaye. “And despite that, it is often difficult to send back rejected asylum-seekers. This is completely untenable.”

Denmark has future plans to appoint a migration ambassador and establish an asylum processing centre in the regions fostering mass irregular migration – such as in east and north Africa.