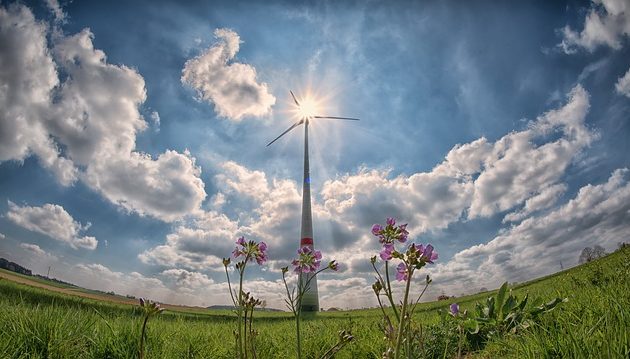 According to a newly-published report by the World Economic Forum (WEF), Denmark remains one of the top countries in the world when it comes to energy transition.

The report investigates to what degree countries have an environment that is conducive to energy transition – moving away from fossil fuels towards renewable sources … and doing so efficiently.

The report lauded Denmark for its energy transformation over the past ten years, particularly long term planning, sustained investment in Research & Development, community participation, and grid integration with neighboring countries.

An example of the latter could be Denmark and Germany recently increasing the amount of tradeable electricity.

Numerous contributors
Since the annual WEF report made its debut a decade ago, Denmark has never ranked lower than fifth.

“Only 13 out of 115 countries have made steady gains in ETI scores in the past decade, highlighting that progress has been uneven.”

According to the WEF, Denmark has been able to maintain leading position on energy transition due to a set of factors that create strong enabling environment for energy transition, such as:

– Rapid decline in coal generation capacity over the past decade, coupled with accelerated integration of renewable energy. Additionally, reduction in energy consumption per capita and decreasing energy intensity of the economy have helped improve environmental sustainability

“Denmark, Finland and the United Kingdom – the top improvers in the top 10 – were able to translate developments in leading indicators such as regulatory environment and energy mix into improved outcomes in system performance, particularly on the environmental sustainability dimension,” the report found.

Switzerland and Austria followed Sweden, Norway and Denmark, while Finland, the UK, New Zealand, France and Iceland rounded out the top 10.

Why does Denmark perform so well

Ahead of the release of the report, CPH POST was able to catch up with Harsh Vijay Singh, Project Lead, System Initiative on Shaping the Future of Energy, World Economic Forum, for a brief interview.

How does Denmark manage to be one of the leading nations in your energy transition report?
Denmark has ranked consistently among the top five countries on the ETI over the past decade, while also improving its aggregate ETI scores by more than 2.5 points over this period. Denmark provides a robust enabling environment for energy transition, which includes a stable policy environment, active consumer engagement, an abundance of skilled workforce to shape a new energy landscape, and a robust institutional framework. Over the past decade, Denmark has rapidly scaled the share of electricity generated from renewable energy, while also reducing the share of fossil fuels. Public-private participation on the development of clean energy technologies (particularly wind energy), ambitious policy goals, and sustained levels of investment have been instrumental to this effort.

The report states that “Denmark’s overall performance saw an increase of 0.11 scoring 76.48“. What does this mean? How could I explain this to our readers
Methodological revisions to ETI 2021 were motivated by the increasing urgency of country action regarding the decarbonisation of their energy systems. Countries with a leading performance in the area of decarbonisation have improved their scores, and vice versa for countries with a heavy installed base of fossil fuels. In Denmark’s case, the improvement suggests a leadership position in the area of decarbonising the energy mix. Over the past 10 years, Denmark has reduced the carbon intensity of its energy mix by 25 percent. However, given the relative (rather than absolute) nature of the ETI scoring and rankings, the impact of methodology revisions on Denmark’s overall score is minimal. Given the progress on decarbonisation over the past 10 years, Denmark would have ranked similarly, even in the absence of methodological revisions.