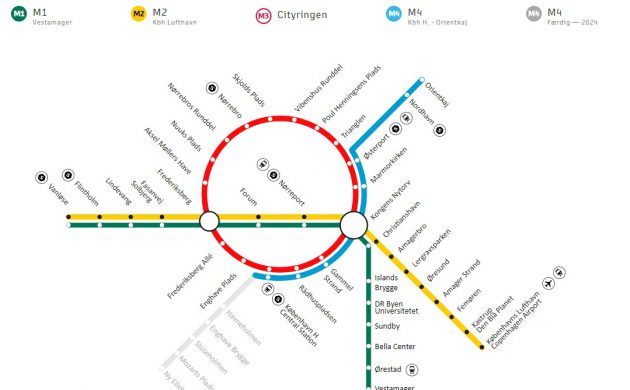 The Metro Company has announced it will increase the Metro capacity on the M1 and M2 lines at the end of the year.

But before the eight new trains can be added to the mix, they will need to be tested and approved for passengers.

This will impact traffic on the two lines on weekday evenings and nights from week 18 (May 3) to week 25 (end of June).

To help travellers reach their destinations smoothly, the Metro Company has planned for buses to be available to help service the lines.

The new trains must go through about 500 tests before they can be ushered into service.

“About 200,000 passengers use the M1 and M2 lines every day, and the trains have about 20 years of service behind them now,” said Rebekka Nymark, the head of Metro Company.

“So we are planning a series of big investments in the Metro – relating to maintenance and to provide more space.”

New look, more departures
The new trains will have a different look to them compared to the current ones being used.

For instance, the seats will be placed along the windows in the trains, and there will be more fold-up seats and fewer static seats.

With the new trains, the capacity of the M1 and M2 lines is expected to increase by almost 20 percent, leading to a higher frequency of departures.

Traffic on the M1 and M2 lines will not be impacted during weekends. Check Rejseplanen.dk to see deviations in traffic.