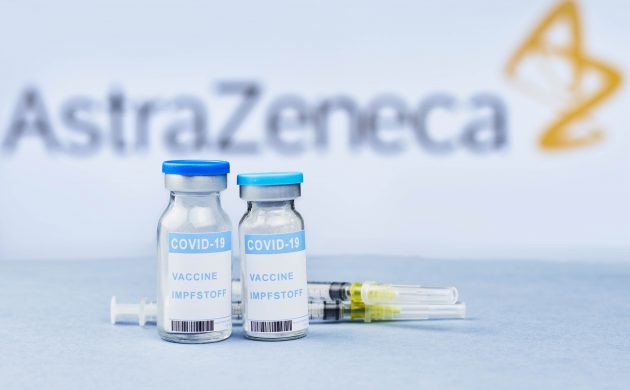 If your first jab was AZ and your second was something else, you’re only marginally less protected (photo: Marco Verch)
May 10th, 2021 1:45 pm| by Puck Wagemaker

A new Danish-Norwegian study of the effects of the AstraZeneca vaccine – the first of its kind – concludes that the benefits of the vaccine outweigh the risks in most situations.

The study looked at 280,000 people aged 18-65 in Denmark and Norway, who had a first dose of the AstraZeneca vaccine between the beginning of February and March 11.

But while it found slightly increased rates of serious types of blood clots among the recipients – including brain clots – the side-effects were still extremely rare.

Conclusion similar to EMA’s
The findings concur with those of the European Medicines Agency, which concluded that it’s safe to use the vaccine.

However, Denmark discarded the AstraZeneca vaccine in April due to the side-effects.

Nevertheless, Parliament has since approved a scheme that will enable the public to take the AstraZeneca vaccine following a consultation with their doctor.

Digital Tech Summit confirmed for autumn
Danish universities are joining forces with the IT industry and Teknologiens Mediehus to organise the Digital Tech Summit. It will be the Nordic region’s largest showcase for digital technologies, and it will attract players from research environments, technology-leading companies and startups. Margrethe Vestager, the executive vice president of the European Commission, will be the conference’s keynote speaker. Among the companies showcasing their latest technological solutions and seeking out employees are Maersk, Ambu, Develco and 3Shape. The Digital Tech Summit will take place in Copenhagen from November 30 to December 1.

New academy to strengthen data science in Denmark
The Novo Nordisk Foundation and the Villum Foundation have awarded 184.3 million kroner to a new national academy that will support and organise research institutes and companies within data science. The Danish Data Science Academy will aim to lift Denmark into the global super league in data science areas, such as machine learning, artificial intelligence and the internet of things.

New leukemia treatment on the way
Researchers from the University of Copenhagen have found a new combination treatment for leukemia, which focuses on two proteins to avoid resistance. The standard treatment for leukemia is chemotherapy, but some patients don’t respond to this – or only for a short period of time. The new treatment could benefit these patients and increase the survival rate.

Investigating how to protect premature babies from fatal disease
Premature babies weighing less than 1,500 grams at birth have an increased risk of developing the intestinal disease ‘necrotizing enterocolitis’ (NEC), which can often be fatal. PrePhage, a new research project set up by Rigshospitalet and the University of Copenhagen, will investigate how to prevent this.

Snakeskin to inspire better construction structures
A joint study involving Aarhus University and the University of California, Davis proposes constructing building foundations inspired by the scales on a snake’s skin. This will result in more resilient and safer structures.

Aarhus University team drawing closer to climate-friendly milk
A team of researchers from Aarhus University believe they’re on the verge of reproducing cow’s milk in the lab. They have started work on creating a perfect copy that includes all the many important nutrients. Their goal is to produce a milk that is just as healthy as the one you know, but far more sustainable.

More iodine in farmed fish due to seaweed
Most fish we eat is farmed, so without all the natural iodine content, which is an important nutrient. In an EU project, researchers from DTU have deduced that seaweed-containing fish-feed can safely increase the iodine content of farmed fish.