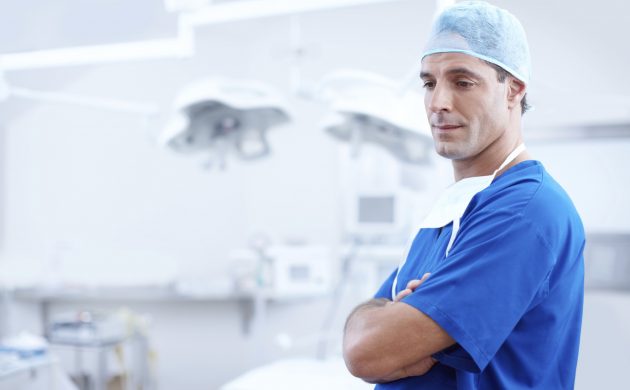 Doctors might be left with too much to cope with, were we to life restrictions today, suggests new report (photo: Free-photos)
June 7th, 2021 7:34 am| by Ben Hamilton

A Roskilde University report highlights how important it is to continue with the current restrictions – for another five weeks at least.

Viggo Andreasen, who has been one of the most cited disease experts during the pandemic, and his colleague Lone Simonsen have produced a model that suggests the infection rate would grow ten-fold and hospital admissions five-fold were the restrictions ended today.

But by mid-July, at which point most people over the age of 50 would be fully vaccinated, the tide would start to turn, and the projected Reproduction Rate (R Rate) of 1.4 would start to fall.

The question, therefore, is whether it is worth enjoying the next five weeks – a period many are already referring to Euro 2020 – without having to bother with facemasks on public transport, curfews and keeping your numbers down at weddings, confirmations and the like.

These projections are based on ending all restrictions, but still imposing local shutdowns. Were local shutdowns not enforced, the R Rate would rise to 1.7.

In total, the researchers considered four scenarios. The other two involved a slight tightening of the rules (R Rate: 1.0) and a continuation of the current set-up (1.1).

A total gamble
It would appear, therefore, that lifting more restrictions would be something of a gamble when we are pretty much “at the finish line” in terms of how bad it can become, Rasmus Kristoffer Pedersen from Roskilde University pointed out to DR.

“There will probably not be an explosion in the number of deaths, as the older generations have been vaccinated. But the question is how many admissions does it take for us to say that it has gone wrong,” he said.

“We may well still reach a critical increase in the number of admissions over the summer. We can reach very high infection rates in relation to what we have become accustomed to.”

No holiday cover
Healthcare officials are concerned about the possibility of the hospitals being stretched to capacity at a time when many staff are expected to take holidays.

It is hardly a secret that they have been working a lot of overtime recently, and many view July as a good time for a well-earned break.

Professor Hans Jørn Kolmos from the University of Southern Denmark warns it will be the age groups who have not been vaccinated who would end up in hospital.

For example, over 3 percent of all infected people in their 30s tend to end up in hospital, according to Konservative health spokesperson Per Larsen.