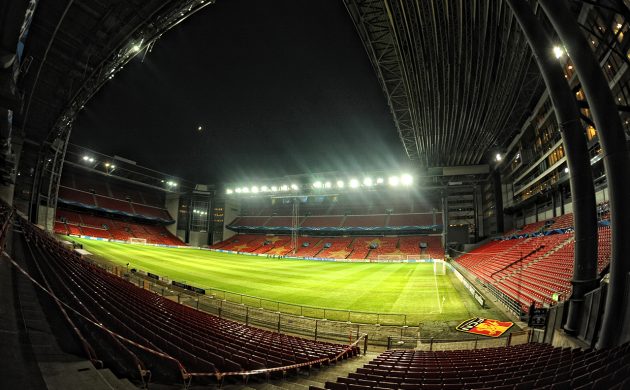 Parken, the home pitch of FC Kobenhavn, will stock up on its capacity for a bigger audience (photo: wikimedia.commons)
September 14th, 2021 4:26 pm| by Mariesa Brahms

City Hall is stumping up around 1 million kroner to investigate the feasibility of a potential expansion of Parken stadium.

The decision was made as part of a public budget agreement that took place on September 9.

According to Cecilia Lonning-Skovgaard, the municipality’s integration mayor, the investment aims to establish VIP spots and food outlets next to the Parken pitch.

Preparation for upcoming championships
Lonning-Skovgaard cited the Euros from earlier this summer as an example for bigger events that will potentially demand more capacity at Parken.

The municipality could not rule out the possibility of expanding the stadium’s capacity to at least 50,000 seats.

The investigation will reportedly take place in 2022 and 2023. It will also assess soil condition in Parken.

Copenhagen plans Denmark’s first retirement home for couples
Copenhagen Municipality is invests in a new retirement home for couples – the first of its kind in the country. Besides offering flats for two people, there will also ‘samlivsboliger’ for single residents, which provide enough space for the resident’s partner to visit. According to the plan, the residency will be opened in 2023 in Østerbro.

Copenhagen residents running out of time to complain about Lynetteholmen
Copenhagen residents only have until October 6 to lodge a complaint about Lynetteholmen, a man-made island that is expected to be finished by 2070. Following the deadline in just over three weeks’ time, the public will be excluded from further decisions regarding its building, according to a decree issued by the  Ministry of Transport.

No winter night-time Metro services between Frederiksberg and Vanløse
Due to ongoing construction work on the lines between Metro stations Frederiksberg and Vanløse, there will be no night-time services over the winter. Until March 2022, passengers will need to take replacement bus services. Most of the work involves extensive rewiring and an overhaul of the signalling system.

Damhusengens school to be turned into state-of-art-facility
On September 13, the city of Copenhagen announced the demolition and rebuilding of Damhusengens school in the Copenhagen district of Vanløse. The new facility will  feature a dental clinic and a daycare institution. With sustainability in mind, 350,000 recycled bricks of the old building will be reused in the constructions. Reportedly, the project will cost around 453 million kroner and take approximately four years.