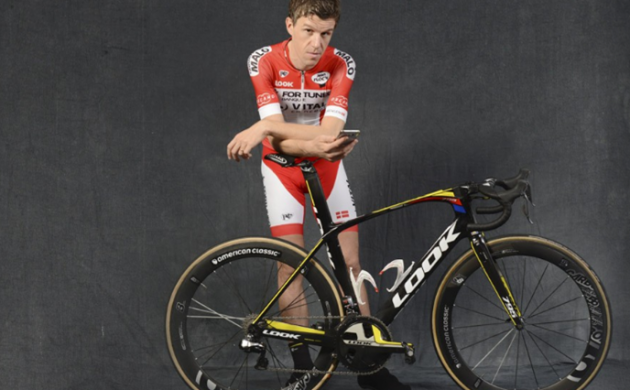 Danish cycling is in mourning today with the news that former rider and popular TV expert Chris Anker Sørensen died in a traffic accident in Belgium yesterday.

The former Danish Champion in line racing, was reportedly hit by a car while out cycling north of Bruges and later succumbed to his injuries.

Sørensen was in Belgium to cover the World Championships on behalf of TV2 Sport.

The Danish and international cycling communities have been quick to express condolences to his loved ones, including Bjarne Riis, Jesper Skibby and TV2 Sport colleague Dennis Ritter.

“My friend and colleague and one of the best people I known is no longer with us. We spent seven wonderful hours together tonight and now we will never meet again. I’m in shock. All thoughts go to his family,” Ritter wrote on Twitter.

From the saddle to the screen
As a rider, Sørensen was known as a hard worker and outstanding support rider, particularly in the mountains.

Perhaps one of his most memorable moments as a rider came in 2012 when he was named Tour de France’s most combative after continuing race despite nearly severing fingers on a stage.

He won stages in the Tour of Austria and Dauphiné Libéré in 2008, while his biggest triumph came in 2010 when he won the first mountain stage of the Giro d’Italia – his one and only Grand Tour victory.

In 2015 he won the Danish Championship in road racing.

He took part in a total of 12 Grand Tours over the course of his career before retiring to join TV2 Sport as a successful and popular expert.

Sørensen leaves behind a wife and two daughters.