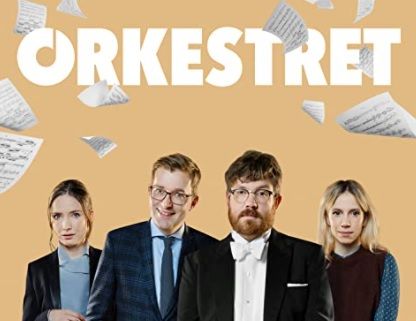 You’re male, white and straight. And an amazingly talented screenwriter and creative. Oh … and Danish – that’s crucial, because they “can laugh at anything”.

If anyone’s got the ‘credentials’ to brave a sea of wokeness and write a satirical series about #MeToo, then ‘Borgen’ creator Adam Price has got the chops, right?

Well, he nearly got away with it. If only the series hadn’t been set in an orchestra and scheduled for release just six weeks after a huge sex abuse scandal engulfed DR Pigekoret.

All commissioned by DR!
Internationally known as the Danish National Girls’ Choir, the pride of Denmark has been rocked in recent weeks by allegations of sexual harassment, bullying and boozing between 1970 and 2010.

The misconduct, which Kvinfo head Henriette Laursen described as “the biggest #MeToo case in this country”, has been uncovered by a DR-commissioned investigation carried out by a law firm, which questioned 129 former members and produced a 34-page report.

And just in the nick of time, as a DR-commissioned comedy series was scheduled to ridicule such a situation from January 1 onwards.

A clarinetist … just like Woody!
It is unclear how much of ‘Orkestret’ (‘The Orchestra’) mirrors the scandal, or indeed has been written by Price, a co-creator of the series along with Mikkel Munch-Fals.

It follows the exploits of an ambitious male clarinet player (so a mixed orchestra, then), whose rise up the ladder is halted by the appointment of a new deputy head.

According to Berlingske, #MeToo and sexual harassment play a large role.

Hard to separate fiction and reality
“The orchestra is a comedy drama that is about life and morals in a fictional orchestra,” DR executive Henriette Marienlund told the newspaper.

“However, while in principle fiction and reality must be separated completely, we have nevertheless considered that it is not the right time to send a series of topics such as sexism, power and imbalances in a musical world so close that the conclusions from the legal study on the DR Pigekoret have been published.”

Nevertheless, DR is committed to showing the series at a later date.

A little footnote regarding Mr Price
It has to be said that Price is one of the most prescient TV show creators of all time. Not only did ‘Orkestret’, conceived god knows how many years ago, scoop the recent scandal and the Danish #MeToo movement.

But his classic series ‘Borgen’, depicting Denmark’s first female PM, managed to steal the thunder from Helle Thorning-Schmidt 255 days before she landed the top job.

The world should be very worried that he co-created Ragnarok, a 2020 Norwegian-Danish TV series foreseeing the potential end of mankind.