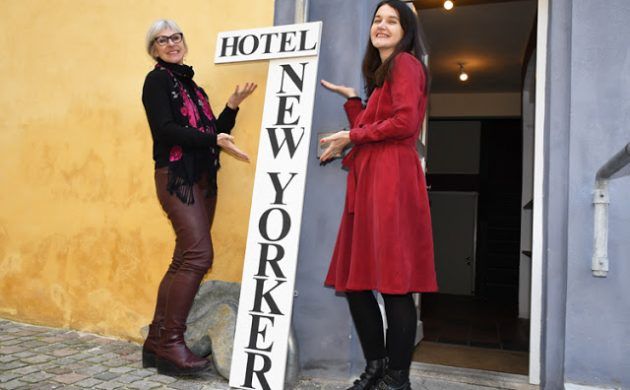 Cinema ticket sales soared in 2021, despite restrictions rendering almost half of the year as a no-show: from January 1-May 6 and December 18-31 to be exact!

And the same effect was even more noticeable in the theatres, where audiences responded riotously to returning shows such as the latest Crazy Christmas Cabaret instalment ‘Tell Me About It!’ at Tivoli and ‘A Midsummer Night’s Dream’ in the Mechanical, sorry Botanical Gardens in August.

After all, it had been a long break to be apart from old friends and, besides, it’s bad etiquette to shout at the cinema screen about how much you have missed the Fast and Furious franchise.

2022 already looking good
CPH POST was glad to see that all the main players are still fighting fit: from Why Not Theatre Production, with such a well acclaimed staging of ‘Happy Days’, and That Theatre Company returning with its original play ‘The Visit’ – had it really been less than two years since it was first performed?

And it is encouraging to see there will be no hesitance in 2022. That Theatre will present ‘Rup-A-Dub-Dub’, another new play from Irish playwright Fergal O’Byrne, from March 16, while London Toast founder Vivienne McKee will be gracing us with ‘Shirley Valentine’ from April 21.

That’s already an awful lot to look forward to, but it’s not a crime to look back. In many ways 2021 was another stellar year for English-language theatre in Copenhagen, and here are our top five trailblazers.

1 Tanja Mastilo
Now if this isn’t trail-blazing, what is? In 2021, the Serbian dramatist Tanja Mastilo won a prestigious Reumert – Denmark’s top theatre prize. Mastilo beat off the best of Danish to claim the ‘Playwright of the Year’ award for her script for ‘The Cheyenne Are Leaving’, which was staged in late 2020 by Why Not Theatre Company of which she is the resident playwright. “Tanja Mastilo’s psychological chamber play in English is steaming with disturbing, intense presence,” applauded the jury. “Raw and poetic lines grow into a refugee nightmare, peeling back the skin of civilization to reveal a bleeding humanity beneath. Brilliant!” Mastilo might not be the first person well known by Anglophone audiences to win a Reumert, but as a Serbian who emigrated to Denmark in the 1990s to escape the Yugoslav Wars, she is the most unlikely. Benjamin Stender, who won Best Newcomer for ‘The Woman in Black’ (That Theatre) in 2013, is a Danish actor. While British thespian Barry McKenna, who was part of the team who won the ‘Stor lille forestilling’ award for ‘Flammens Muse’ in 2008, was already an established director. Mastilo arrived in Denmark with nothing. And now she has a Reumert. She has blazed one hell of a trail for others to follow.

2 Rebecca Langley Jensen
The maid can all too often be the third wheel in August Strindberg’s ‘Miss Julie’, but in Michael Omoke’s between-the-wars adaptation, set among colonial Kenya’s Happy Valley sect of hedonistic aristocrats, Rebecca Langley Jensen took centre stage. According to our reviewer Lena Hunter, “her well-executed stoicism acted as a canvas against which the play’s colourful arc unfolded”. And that wasn’t her only success, as her play ‘Skamløs’, in which she also performed, was one of the standouts of Afro to the Future, a presentation of eight new writings by black playwrights at Teater Grob in June.

3 Chris Vincent
We’d not heard of Danish actor Chris Vincent before, but he is active in Anglophone theatre circles across Europe, and as the IT boy in ‘Berghain’ he delivered the performance of the CPH Queer Theatre Festival in August. This was a performance that our reviewer Lena Hunter urged audiences to “Embrace it. Go in your leather, bring a collar and a leash, wear a strap-on! Or whatever. Berghain doesn’t hold back and neither should you.” And it was the dynamic stage presence of Vincent, the party boy of the play, who had the audience anticipating his every movement and word. Diagnosed with HIV at an early age, Vincent combines acting with activism, daring passers-by to hug him. Now that’s what we call a trailblazer.

4 Kevin Kiernan Molloy
This talented Australian actor made our top five back in 2018 after impressing in ‘The Art of Falling’, and he has continued in similar vein ever since, with 2021 no exception. Missing from the After Hours production of A Midsummer Night’s Dream due to corona last year, our reviewer Lena Hunter found him “enthralling” as Bottom, “oscillating between blokey and camp with thick overtones of narcissism and cutting humour , adding ‘Though he’s acting, it seems as if he’s dancing.” For the Crazy Christmas Cabaret, he presented a “showcase of all manner of vernacular, sexuality and psychosis”, his funniest moment coming during the 1980s diva tribute, stretching out in his leotard to Olivia Newton John’s ‘Physical’. And he even had time to phone in a segment for the Why Not Theatre Company web series ‘Delete This!’ during corona-stricken February, when the Aussie was stranded down under (lucky bugger). Bottom line: this guy never phones it in.

5 Kate Barker-Froyland
The American blazed a trail long before she moved to Denmark, the homeland of her husband of 12 years. In 2014, she directed the Hollywood romcom ‘Song One’ starring Anne Hathaway, an actress she clicked with whilst working as an assistant on The Devil wears Prada. Barker-Froyland then retuned the lead part to suit Hathaway, as it was originally with a 19-year-old in mind. This past autumn, she presented another adaptation, Chekhov’s Stories, with the support of the Copenhagen Theatre Circle. Does this mean she will shortly be launching a CTC actress to stardom? That would be quite the story.